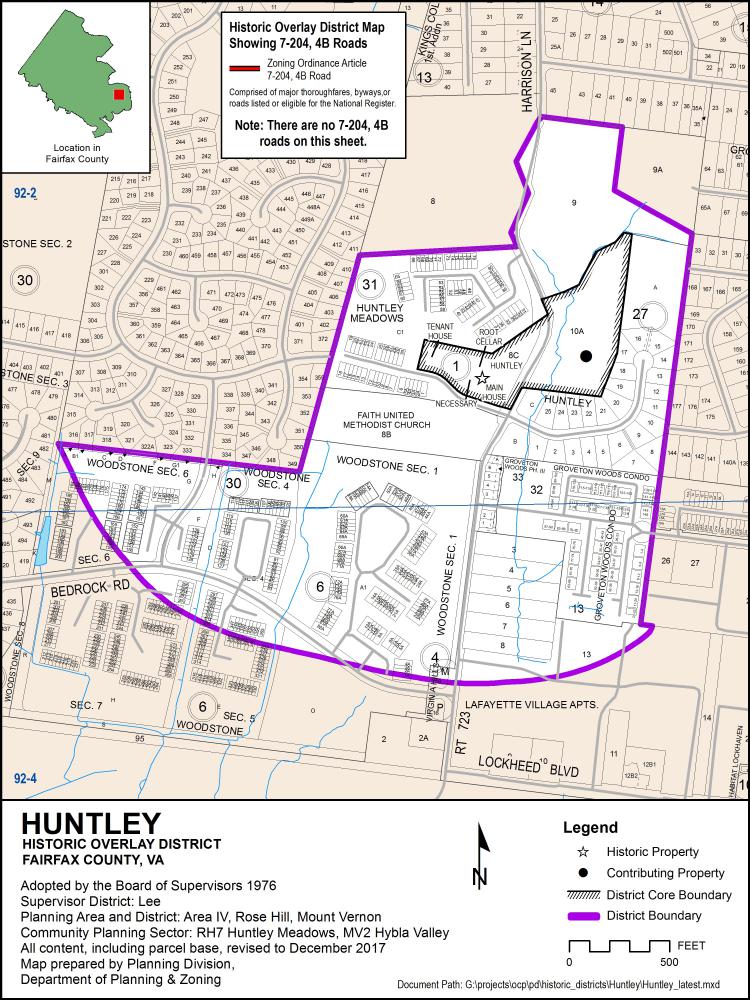 Huntley was constructed ca. 1818 for Thomson Mason, a grandson of George Mason IV. Thomson Mason was a Fairfax County Justice of the Peace and Mayor of Alexandria. Even though it was built as a secondary home, Huntley is architecturally sophisticated. It is a Roman-revival villa which has been attributed to George Hadfield, Benjamin Latrobe, and other prominent Washington area architects. The entire site was designed as a whole, with symmetrically arranged dependencies balancing the design and elaborate terracing climbing the sloping lot. The original 1000-acre property gradually was reduced over time until it reached its present size of approximately three acres. The Huntley property contains a remarkable collection of buildings which are valuable both architecturally and as a relatively intact picture of local 19th-century plantation life. Huntley's architectural sophistication and its association with the Masons caused it to be placed on the National Register of Historic Places in 1972. The Fairfax County Park Authority purchased Huntley in 1989.