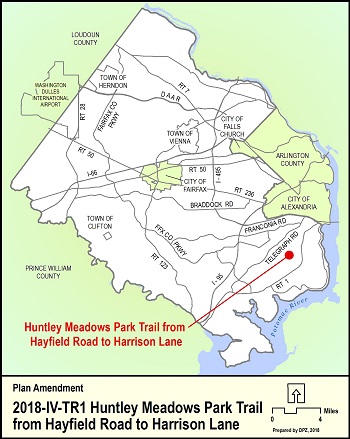 On March 20, 2018 following the approval of Plan Amendment 2015-IV-MV1 (Embark Richmond Highway), the Board of Supervisors authorized the consideration of a Comprehensive Plan amendment for a planned trail connection through Huntley Meadows Park from Hayfield Road to Harrison Lane (Tax Maps 100-2, 101-1, 101-2, and 92-4) in the Mount Vernon Planning District, Lee Supervisor District.