CONTACT INFORMATION: Our Environmental Health Services office at 10777 Main Street in Fairfax is open during regular business hours 8 a.m. - 4:30 p.m., Monday - Friday. Clinic services are not offered at this location.

Lyme Disease and Other Diseases Spread by Ticks 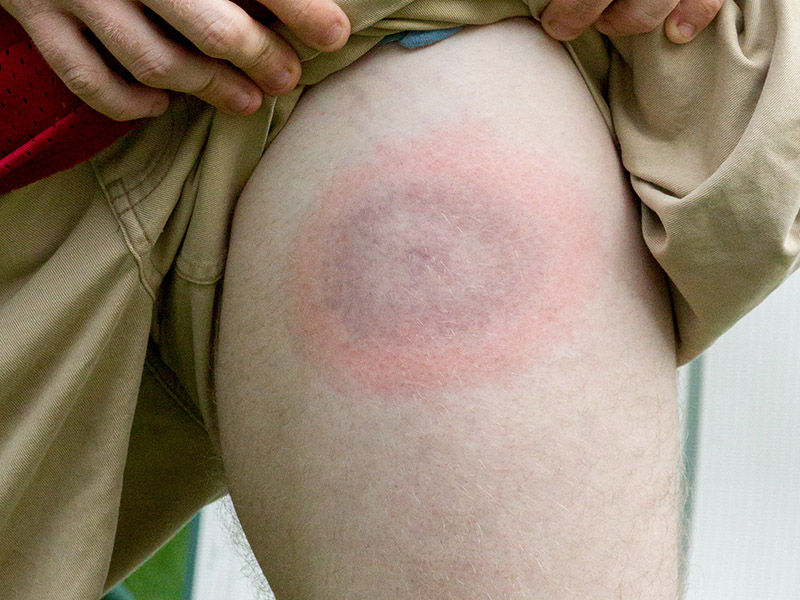 Tick-borne diseases are on the rise and present throughout our region. Prevention should be on everyone’s mind, particularly during the spring, summer and early fall when ticks are most active.

Lyme disease is the most commonly-reported tick-borne disease in our area. Lyme disease is a bacterial infection that can cause fever, headache, fatigue and a characteristic skin rash. If left untreated, the disease can spread to joints, the heart and the nervous system.

Lyme disease is spread through the bite of an infected blacklegged tick (also known as a deer tick). Only the blacklegged tick transmits the bacteria that causes Lyme disease. Fairfax County Health Department provides a free tick identification service.

There are many Lyme disease symptoms, but not everyone has all of them:

In Virginia, as well as the U.S., the most commonly reported tick-borne illness is Lyme disease, followed distantly by spotted fever group rickettsiosis, ehrlichiosis and anaplasmosis. Tick-borne disease cases are reported geographically throughout Fairfax County so all residents should be considered at risk of infection. More information about Lyme disease and other tick-borne illnesses is available in the Health Department’s Communicable Disease report.

Tick paralysis is a rare disease thought to be caused by a toxin in tick saliva. The symptoms include acute, ascending, flaccid paralysis that is often confused with other neurologic disorders or diseases (e.g., Guillain-Barré syndrome or botulism). Within 24 hours of removing the tick, the paralysis typically subsides.

Ticks can cause other illnesses, including:

Avoiding ticks is the best defense against Lyme disease and other tick-borne infections. Practice tick-free landscaping, use repellent and do a tick check when coming in from outdoors.