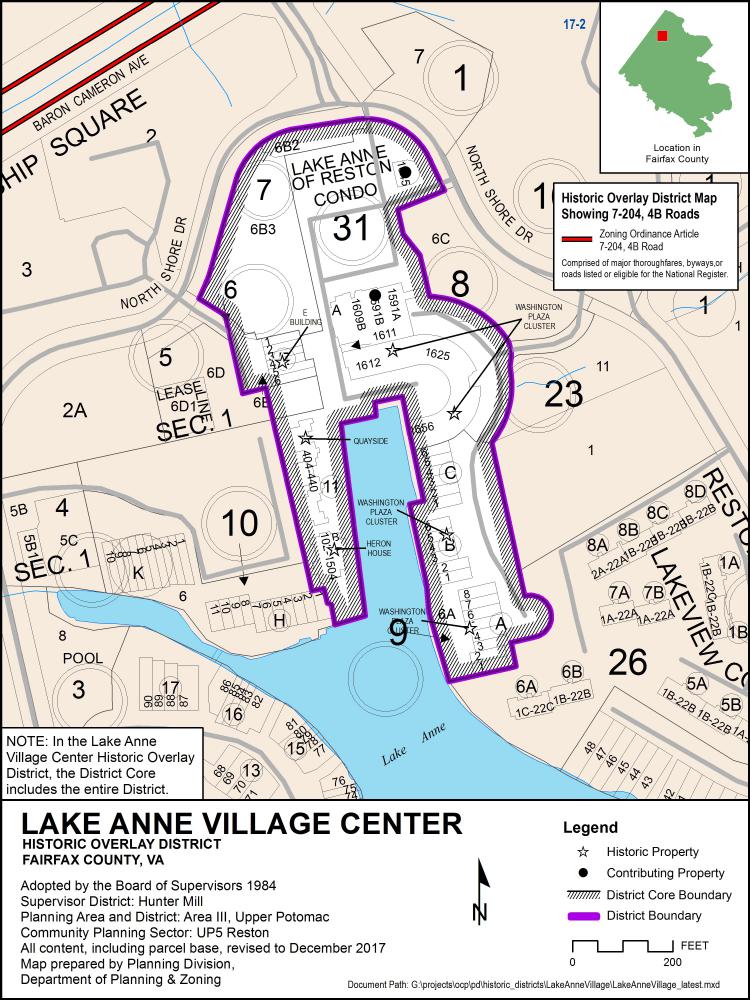 Reston occupies the former 7000-acre Bowman Farm, which by the mid-20th century was the largest single tract of land in the area. The Bowmans first tried to develop a town themselves, but eventually sold the land. Robert E. Simon purchased it in 1961 and began immediately to plan and build the new town of Reston (Simon's initials combined with the English suffix for town are the source of the name). Ironically, this had been the site of another planned town, Wiehle, conceived of by Dr. C.A. Wiehle in the 1890's, but which never grew to more than a handful of buildings.

Unlike Wiehle, Reston, home now to 60,000 people, was phenomenally successful. From the beginning, critics hailed Reston, with its concept of village centers surrounded by greenbelts, as a significant planning and architectural achievement. Lake Anne Village Center, designed by the New York firm of Whittlesey and Conklin, was the first of the village centers built. The centers were to be designed at a pedestrian scale with a mix of residences, offices, and retail stores gathered around lakes and plazas, creating urban spaces in the suburbs. Lake Anne Village Center, opened in 1965, best embodies the vision for the town of Reston. As a 1981 Washington Post article observed, "No piece of Northern Virginia real estate was more praised and honored in the 1960's than Reston's Lake Anne Plaza." In recognition of its historic significance as a recognized symbol of Reston, pioneer of the 1960's "new town" movement, and its architectural quality, the County designated the village center as an historic district.