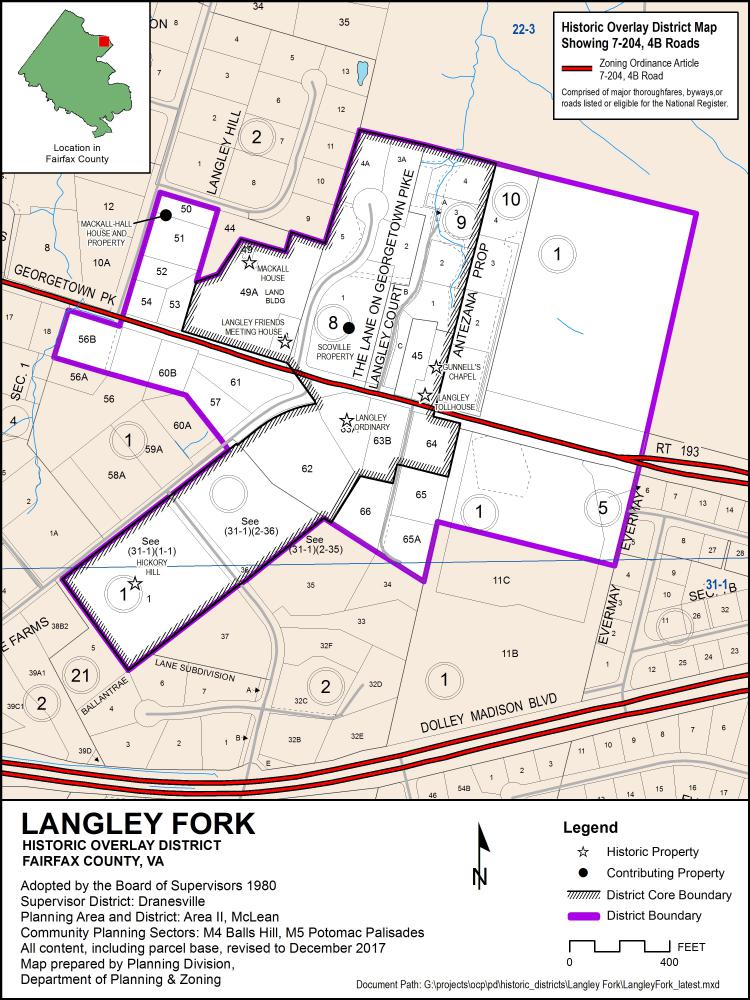 Beginning in the early 19th century, the village of Langley grew around the juncture of the Georgetown-Leesburg Turnpike and Chain Bridge Road. Both roads date from the colonial era. The Georgetown-Leesburg Turnpike was an important east-west road linking farmers with the merchants of Georgetown. Fairfax County had few towns and clusters of houses and other buildings developed around crossroads, near mills, or at other convenient locations. These settlements dotted the rural 19th- and 20th-century landscape. Langley Fork is the most intact and recognizable of these rural crossroads villages remaining in Fairfax County. Six buildings, in addition to the roads themselves, remain from the previous century. Two, the mid-19th-Century ordinary and toll house, illustrate the area's importance as a stopping point for travelers. The ordinary served as both headquarters and hospital for troops in the Civil War. The Mackall House was built in 1858 as Trinity Methodist Church, but was later converted into a house and is now a school. Two other churches survive, the Langley Friends Meeting House, built in 1893 as the second church of the Trinity Methodist congregation, and Gunnell's Chapel, built after 1865 as the Colored Methodist Episcopal Church. The sixth structure, Hickory Hill, was constructed shortly after the Civil War, probably by the same man who built the ordinary. In the 1930's the house was extensively remodeled.