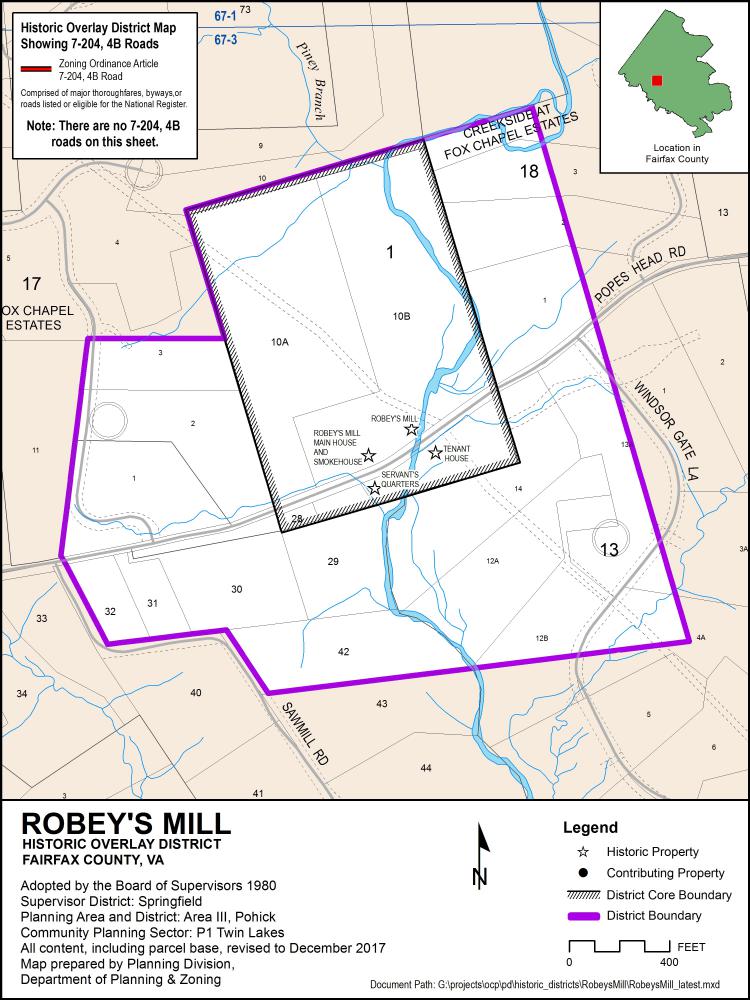 The Robey's Mill complex was once part of the 1000-acre Hope Park plantation; the mill was probably constructed in the late 18th century during Dr. David Stuart's ownership of the property. Dr. Stuart was the husband of Eleanor Calvert Custis, widow of Martha Custis Washington's son. Neighborhood grist mills, such as this one, served their owner and other local farmers. Along with the mill is a miller's house, a servant's house, a springhouse, and a smokehouse. After the Civil War, the mill complex was separated from the Hope Park property and sold to Frank Robey. He ran the mill and a small store on the property. The mill was the social and commercial center of the area until Robey's death in 1906. Such mills were among the first industrial buildings in Virginia and were often the center of community activity. The Hope Park, or Robey's Mill is a rare surviving example of its type and is made even more valuable by the existence of the miller's house and many of the outbuildings. This surviving complex is a visual landmark which provides an almost complete picture of a rural miller's family life. The mill complex was placed on the National Register of Historic Places in 1977.