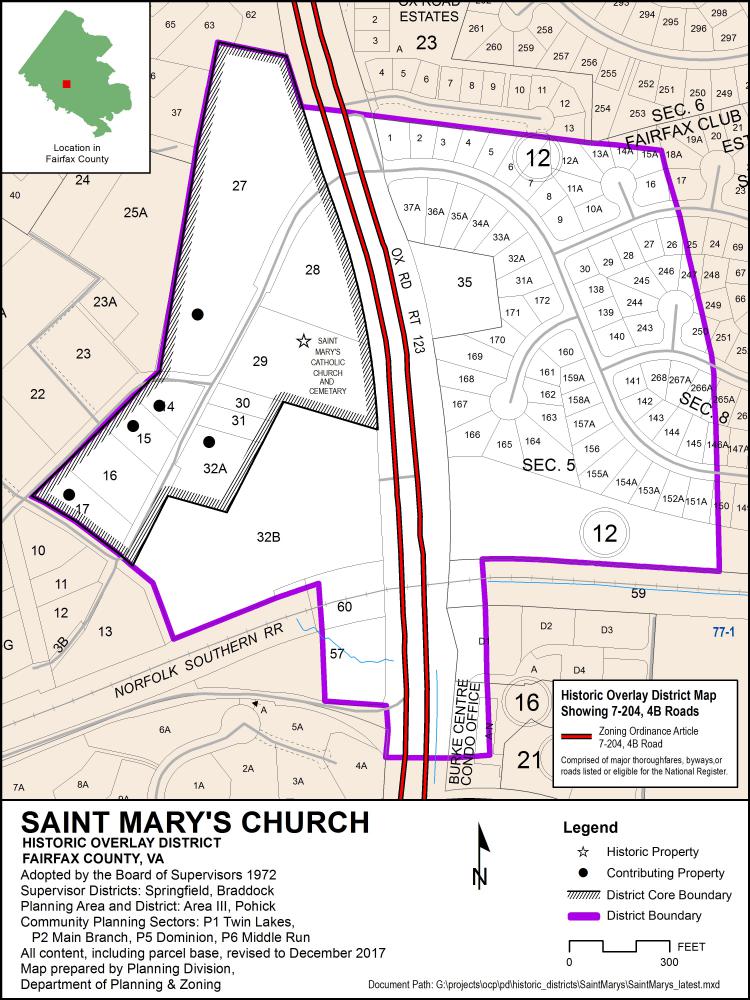 Two area families donated land to the Diocese of Richmond for a Catholic Church and cemetery in 1838, but construction did not begin on St. Mary's Church until 1858 when a large number of Irish immigrants settled in the area to work on the Orange and Alexandria Railroad. It was the first Roman Catholic Church in Fairfax County. The church had barely been finished when the Civil War began; its strategic location near the railroad meant that it was often the site of skirmishes. The church's most prominent role in the Civil War occurred in 1862 when Clara Barton and three assistants came to Fairfax Station to care for the wounded of the Second Battle of Manassas. They cared for 3000 men and assisted with their evacuation while battles raged within earshot. Miss Barton later founded the American Red Cross, a civilian organization dedicated to helping the wounded.

After the Civil War, Fairfax Station was a quiet, rural village with activity centered around the church and the railroad station. As the automobile became more important than the train, Route 123 was realigned to bypass the station; the portion of Fairfax Station Road within the historic district was once Route 123, the main north-south road in the area. Throughout its history, St. Mary's Catholic Church has remained relatively unchanged. In 1976, in recognition of its national significance as the site of Clara Barton's heroic ministry to war casualties, as well as its local significance as the center of the Fairfax County Irish Catholic community and its architectural integrity, St. Mary's Church was placed on the National Register of Historic Places.