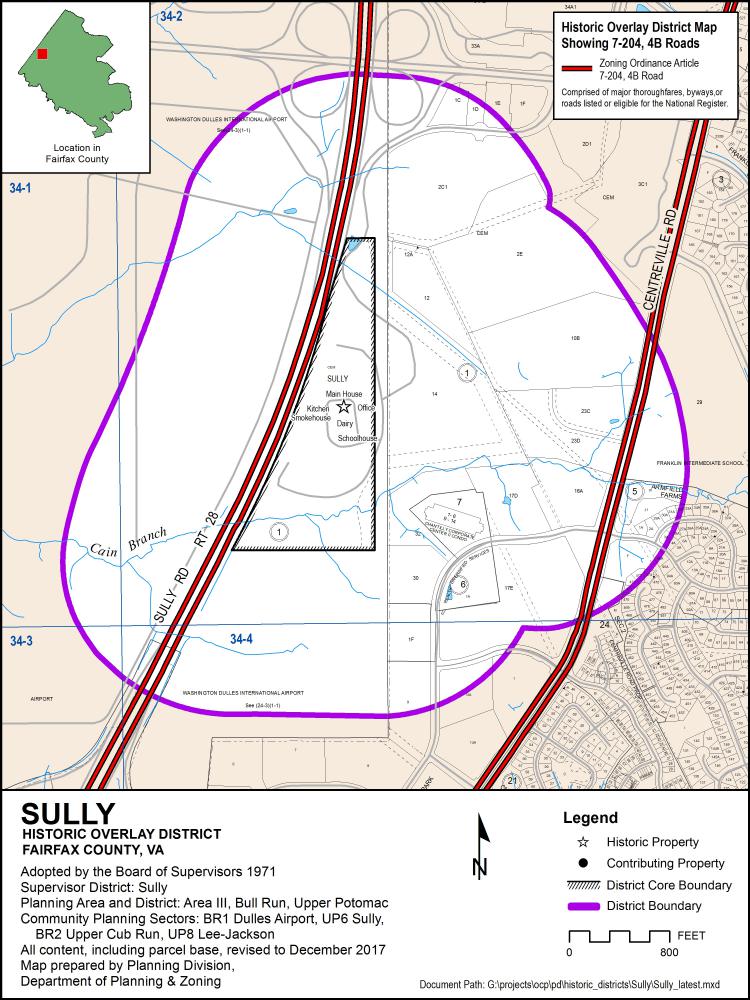 Richard Bland Lee began building Sully in 1793 on land his grandfather first patented in 1725 as the Salisbury Plain tract. Richard Bland Lee, the first Lee to live on the property, was a member of the Virginia legislature and a member of the first Congress of the United States. Lee played a key role in devising the compromise selecting the site on the Potomac for the nation's new capital. He and his Philadelphia bride, Elizabeth Collins, moved into the new house in 1794. The house and several outbuildings all survive with little change from the Richard Bland Lee era. He sold it to a family member in 1811; in 1838 it passed from Lee family ownership.

The Haight family, Quakers from New York, purchased Sully in 1842 and were known for their progressive and productive farming techniques. In the early 20th century, dairy farming became the leading form of agriculture as Fairfax County became a dairy center for Washington. By the mid-20th century, the appeal of Sully had shifted from agriculture to a country estate house.

In 1958, the Federal Aviation Administration condemned half of the property for the construction of Dulles Airport. The effort to save Sully culminated in an Act of Congress stipulating that the house be saved and used for historic purposes and, today, the Fairfax County Park Authority operates the property as a historic house museum. Significant primarily as an intact Lee plantation, with a simpler house than many of the other surviving 18th century plantations, Sully is a microcosm of local history--Virginia plantations, an influx of Northern immigrants, dairy farming, country estates, and finally threatened destruction from rapid transportation development.