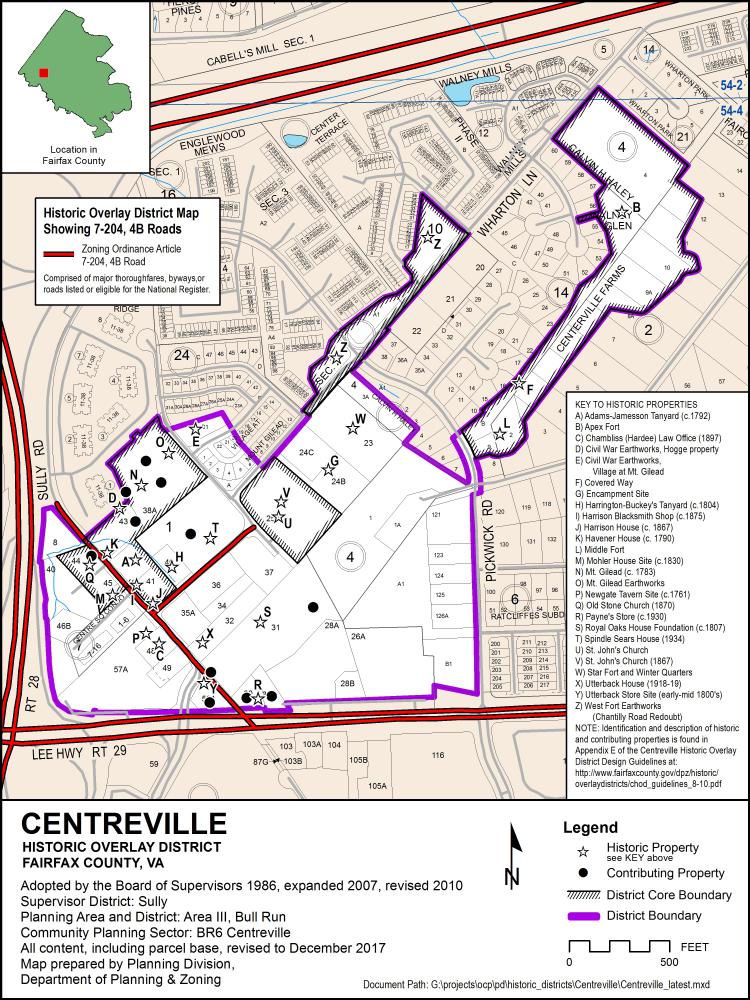 Centreville traces its roots to the mid-18th-century community known as Newgate. In 1792 residents petitioned the Virginia Assembly to found a town called Centreville on Braddock's Road. Though the town was platted and city streets and house lots laid out it never achieved the hoped-for prosperity. The building of the Warrenton Turnpike in 1808 helped revive business, but the construction in the 1850's of nearby railroads bypassing Centreville contributed to its gradual decline. Centreville achieved its most prominent position during the Civil War. Its strategic location near turnpikes, railroads and on a high plateau with a clear view for miles prompted Confederate troops to occupy the small town by June of 1861 and that winter almost 40.000 troops camped there. They constructed over five miles of earthworks and severely despoiled the area by clearing every scrap of land with trees for construction lumber and firewood while their commanding general used Mount Gilead as his headquarters. After being abandoned by the Confederates, Union troops occupied the town in 1862. Military photographs document the treeless landscape and long lines of trenches. Centreville never completely recovered from the devastation; even in 1914, one passerby remarked, "If ever a village was killed in war it was Centreville."

The remaining roads and structures of old Centreville are significant pieces of local history-a town founded with commercial hopes that never materialized, the site of massive occupation of strategic ground, and a survivor among the larger of the many isolated villages which once dotted Fairfax County.