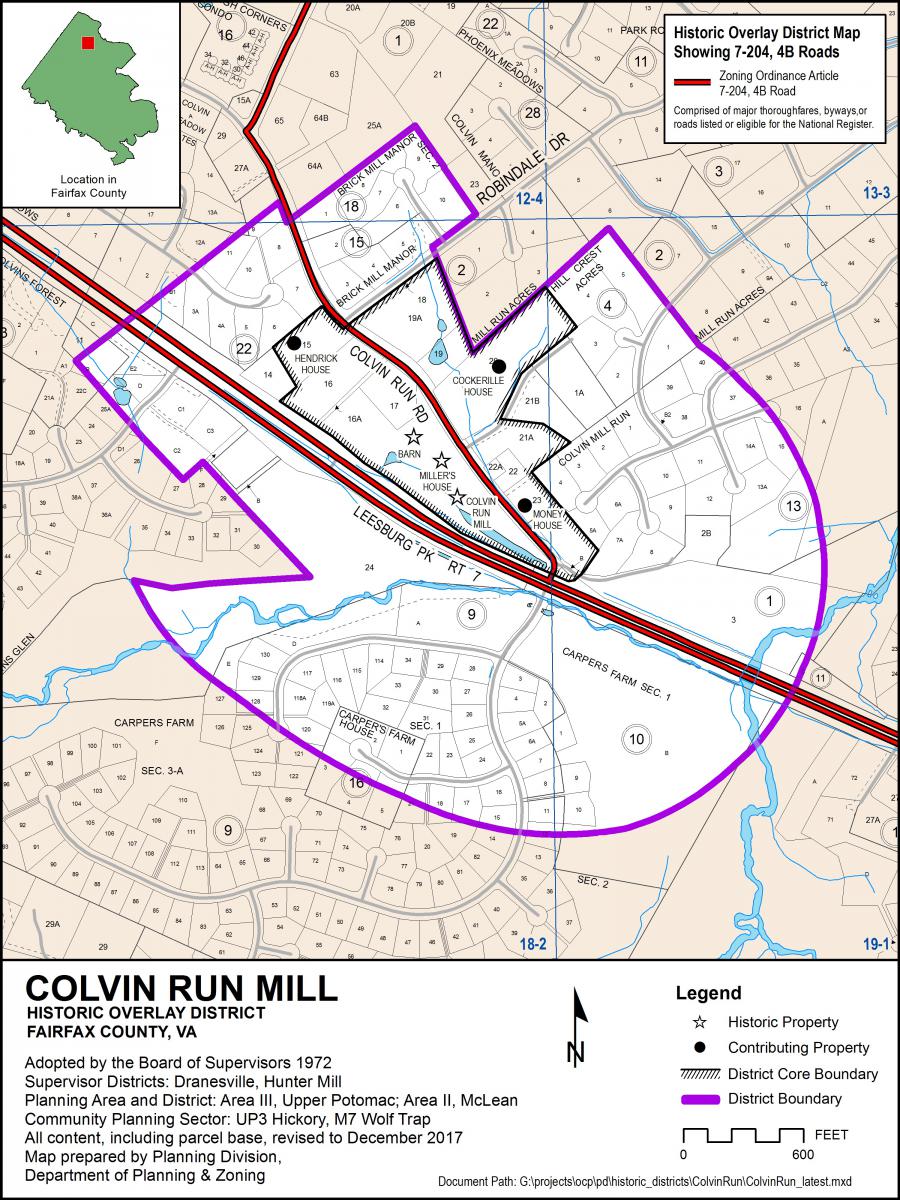 Colvin Run Mill, constructed in the early 19th century, is similar to other mills designed by Oliver Evans who revolutionized mechanized flour milling. A merchant mill, grain was ground here for easier transport to the markets as well as for local needs. Farmers and merchants reached it by the Alexandria-Leesburg Turnpike (also called the Middle Turnpike), which followed approximately the route of an old ridge road. Built between 1813 and 1838, the turnpike linked the farmers of the Shenandoah and Potomac Valleys beyond Leesburg to the merchants of the Alexandria ports. It was part of a transportation boom in the early-19th century that sought to tie the young nation's western lands to the east coast. The mill operated until the mid-20th century, providing the focus of the small Colvin Run village; across from the mill were services such as a blacksmith's shop, saw mills, and general store and post office.

In 1941 the old turnpike was realigned to the southwest of the mill, creating State Highway Route 7 and bypassing the bend in the Middle Turnpike now known as Colvin Run Road. In 1968 Route 7 was widened to its current four-lane design. Cut off from its water source by the road changes and in disuse and disrepair, the mill and its accompanying structures were purchased by the Fairfax County Park Authority in 1965 to preserve them for public benefit. Placed on the National Register in 1977, the large brick mill is a tangible reminder, in the County's suburban present, of the people and technology which played so important a role in its rural past.