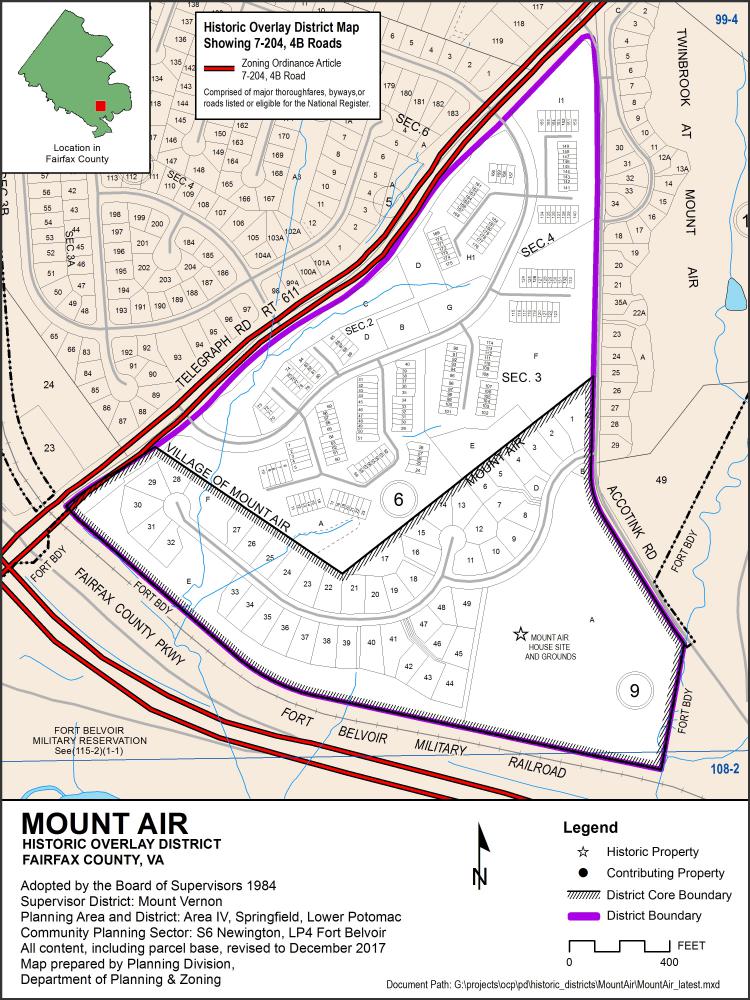 Like many rural houses, Mount Air has had a succession of owners and building campaigns. The McCarty's, a prominent colonial Virginia family, owned the Mount Air property in the 18th century; several maps prepared by George Washington showing his neighbors' properties indicate this site as Colonel McCarty's residence. The main portion of the present house dates from 1859, when it was rebuilt following a fire, but the east wing may date from ca. 1820.

The property remained in the McCarty and Chichester families until 1860 when Aristides Landstreet of Baltimore purchased the property. While he served in the Confederate Army, his family lived at Mount Air. Confederate and Union troops stopped at Mount Air for supplies, and, in the case of the Union troops, even used the property and house as a camp. Mrs. Landstreet was imprisoned for three months on charges of giving aid to the Confederates; after her release, she did successfully signal to Southern troops at Pohick Church that Union troops occupied Mount Air.

The mother of the current owner purchased the property in 1914. Army engineers building a railroad spur to the recently begun Fort Humphrey (now Fort Belvoir) camped on the Mount Air property in 1918.  They named their encampment 'Camp Merry Widow' in honor of the owner, Mrs. Kernan. Condemnation by the Corps of Engineers for the expansion of adjacent Fort Belvoir reduced the property to its current twenty-six acres. Today, the Mount Air house, its outbuildings, and formal gardens remain intact, a unique survivor in eastern Fairfax County of an antebellum plantation with earlier colonial associations. It continued to play a role in later events, such as the Civil War, the area's subsequent economic hardships, the purchase of old plantations by an influx of newcomers in the early 20th century, and the construction of Fort Belvoir.