The District of Columbia Workhouse and Reformatory Historic District 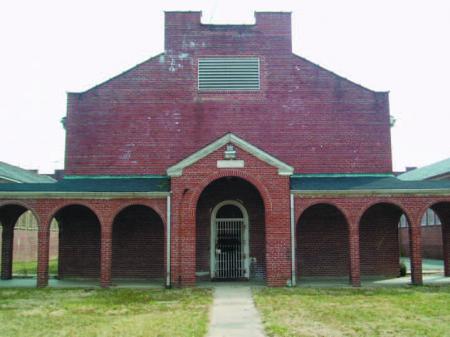 The District of Columbia Workhouse and Reformatory Historic District was listed on the National Register of Historic Places in March 2006. The Historic District extends across 511 acres near the community of Lorton, Virginia. It encompasses the primary built features and a broad representative area of the agricultural and industrial lands that formerly comprised a Progressive era penal institution. The district includes numerous historic buildings, structures, sites and objects that survive from the 1910-1961 period of significance and continue to convey their important historic associations.

The D.C. Workhouse and Reformatory Historic District National Register registration form was amended in 2012 to correct errors, to incorporate additional information found through research and additional studies, and to update conditions in the district that have changed since 2005. The district boundaries and period of significance did not change. In the amendment, the first page of Section 7 gives a more detailed description of changes covered and how they are noted in the documentation. New sketch maps were also created to reflect the changes. The revisions were accepted by the National Park Service on March 27, 2012.

The physical design and composition of the three main prison campuses - the Workhouse, Reformatory, and Penitentiary - embody the social ideals of Progressive era penal reform, intended to promote the rehabilitation of prisoners through diminishment of harsh conditions and physically imposing containment barriers, encouragement of constructive social interaction, promotion of a work ethic, and access to vocational training. In support of these ideals, all three of the campuses comprising the Reformatory and Workhouse complexes were designed around a central quadrangle reminiscent of a college campus. Each includes a series of prison "dormitories" sited around a central open space intended to promote positive social interaction. The buildings and the campus-like site plans were designed by two notable architects employed by the District of Columbia, Snowden Ashford and Albert Harris. The style of the buildings is predominantly Colonial Revival, a popular style in America during the early twentieth century.