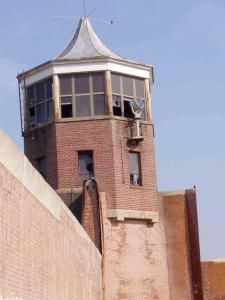 When Theodore Roosevelt commissioned a new prison for the District of Columbia at the beginning of the 20th century, he envisioned a place where inmates could be rehabilitated through a hard day's work. Rehabilitation, he believed, could be facilitated if prisoners were provided with fresh air, natural light, and a place to live and work that would instill a sense of order and responsibility through the design and layout of buildings and space. So with this thinking in mind, the Lorton Reformatory became more like a campus than a traditional inner-city jail and a model for Progressive-Era correctional facilities.

Over the years, as Lorton grew to accommodate over 8,000 inmates and attitudes and challenges within the field of corrections changed, the appearance of the facility changed as well. By the mid 1980s, the Lorton complex consisted of four separate prisons and over a million square feet of space for adult male offenders and young male and women offenders as well. In addition, Lorton became the location for a premiere Nike missile site during the 1950s and the Resource Recovery Facility for the county in the late 1980s.

Today, amidst all the changes that have taken place, the colonial-style courtyards and arcades built by Lorton inmates from handmade bricks commemorate a rich and diverse history that inspires us to plan for the future of this former prison site.

Transfer of Prison to Fairfax County / Memorandum of Agreement

On July 15, 2002, Fairfax County received title to the former D.C. Department of Corrections facility at Lorton. The transfer was made possible through the Lorton Technical Corrections Act which was passed by Congress in October 1998, and required the county to develop a Reuse Plan that would maximize use of land for open space, parkland or recreation prior to the county acquiring the property. The Memorandum of Agreement (MOA) sets forth the review process and other requirements for the redevelopment of the property. The MOA signatories include the General Services Administration, Fairfax County, the Fairfax County Park Authority, Fairfax County Public Schools, the South County Federation (formerly the Federation of Lorton Communities), the Lorton Heritage Society, the Northern Virginia Regional Park Authority, the Virginia Department of Historic Resources, and the Advisory Council on Historic Preservation.

In February 1999, the Fairfax County Board of Supervisors appointed a citizen task force to develop a reuse plan. The task force, in collaboration with the county's planning staff, began their work by reviewing the Comprehensive Plan language for the site which had been adopted by the Board of Supervisors the previous year.

During the spring of 1999, the citizen task force completed a modified plan for the former prison site. It was adopted by the Board of Supervisors in July 1999 as the official Reuse Plan for the property. The Reuse Plan was included in an official report to Congress in January 2000.

Prior to the approval of the Reuse Plan, the General Services Administration, in cooperation with Fairfax County and the District of Columbia, initiated the environmental cleanup of the property and ensured the requirements of the National Historic Preservation Act were addressed. The last prisoners were transferred from Lorton in November 2001 and the last facility was released from the District of Columbia to GSA in April 2002.

On July 15, 2002, after the property was surveyed and covenants established, 2324 acres were transferred to Fairfax County for $4.2 million, the market value determined by GSA's appraiser. Areas of the property designated for a high school and a middle school (approximately 116 acres) were transferred at no cost on May 1, 2002. Information about the types of uses established for this site and locations of facilities can be found on the Laurel Hill property division map.

Although referred to as Lorton, the Lorton Prison or the Lorton Reformatory for most of the 1900s, this site is now referred to as Laurel Hill in commemoration of the 18th century structure, which served both as home of William Lindsay, a revolutionary war patriot, and as the residence of the Superintendent of the Reformatory. Today, the Laurel Hill House has been considerably altered and is in poor condition. Despite its condition, however, the name Laurel Hill serves as a reminder of the remarkable history of the property and challenges us to turn this history into a cherished resource for County residents and visitors alike.

Planning for the Transformation

Today, the property is referred to as "Laurel Hill," in commemoration of the 18th century structure on the site, which served as the home of revolutionary war patriot William Lindsay. With more than 300 buildings and 1,600 acres of parkland, redeveloping Laurel Hill is a terrific opportunity and a daunting challenge. For this reason, a master planning process is needed to determine how to best reuse many of the buildings and identify the park and recreation requirements of a changing community. While the county's Comprehensive Plan identifies the general types of uses for Laurel Hill, the master plan will provide the details.

The Laurel Hill Adaptive Reuse Citizens Task Force, established by the Fairfax County Board of Supervisors to guide the planning of the adaptive reuse areas of Laurel Hill, completed its work in December 2004 when recommendations for the Occoquan and Central/ Maximum facilities were presented to the Board of Supervisors. Many of the buildings within these sites have historic significance and are recommended for preservation and adaptive reuse.

Subsequent to reviewing and accepting the recommendations of the Task Force, the Board of Supervisors established the Laurel Hill Project Advisory Committee. This committee consists of three members. The Committee is charged with ensuring that the reuse of the former Reformatory and Penitentiary is implemented through a process that is objective, transparent and consistent with adopted guidelines and regulations.

On May 11, 2010, the Board of Supervisors approved the Laurel Hill Adaptive Reuse Area Master Plan. The Master Planning Process provided land use planning and design, financial analysis, and public outreach for the redevelopment of the approximately 80-acre County-owned Laurel Hill Adaptive Reuse Area, formerly part of the D.C. Department of Corrections' prison in Lorton.

On December 4, 2012, the Board of Supervisors approved a Comprehensive Plan Amendment to generally incorporate the recommendations of the Laurel Hill Adaptive Reuse Area Master Plan into the Fairfax County Comprehensive Plan.

Historic Context of the Prison