Board of Supervisors - Mount Vernon District

Dan Storck,
Board of Supervisor 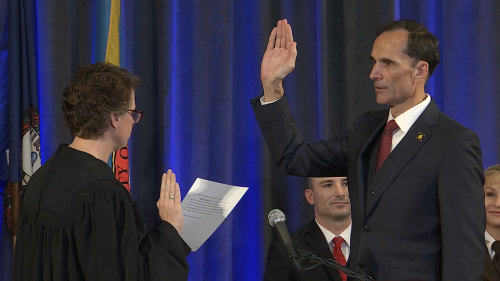 Dan Storck, Mount Vernon District Supervisor, began his first term on the Fairfax County Board of Supervisors on January 1, 2016 and is now in his second term. During his first term and continuing into his second term, Supervisor Storck leads the Fairfax Green Initiatives; Embark and revitalization of Richmond Highway; Strategic Economic Development Taskforce; Tourism Taskforce; renovation of Original Mount Vernon High School; approval of the new Lorton Community Center and South County Police and Animal Shelter, along with the Lorton Library renovations. He chairs the Board’s Environment Committee, Audit Committee, vice-chairs the Economic Advisory Commission; serves on the Joint Board/School Board Environmental Task Force (JET), the Alexandria, District of Columbia, Fort Belvoir and Prince William interjurisdictional committees; and the Council of Government (COG) Chesapeake Bay and Water Resources Policy Committee, Virginia Association of Counties (VACo) Board of Directors and the VACo Energy Subcommittee.

Previously, Supervisor Storck served on the Fairfax County School Board from January 2004 through December 2015, including three terms as School Board chairman, and co-chair of two joint School Board/Board of Supervisor committees.

In his professional life, Supervisor Storck has developed and owned several health care and benefits firms. He holds an M.B.A. in management and a B.S. in finance from Miami University (Ohio), and is a former board president of Good Shepherd Housing, West Potomac High School PTSA, and Riverside Gardens Recreation Association, as well as a former Head Start administrator and youth basketball coach.

Supervisor Storck is deeply grateful for his wife of more than 40 years, Deb, and his children Ben, Katie and Jon for their support. He has a passion for history and brings it to life through his portrayal of Abraham Lincoln. A Lincoln quote he is particularly fond of exemplifies one of Supervisor Storck’s philosophies of governing, “With malice toward none, with charity for all.”

Committees the Supervisor serves on: