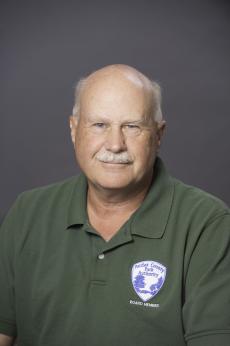 Ronald Kendall was appointed to the Park Authority Board in March 2017 as the Mason District Representative, filling the vacancy created by the retirement of Frank Vajda. He was reappointed to the Board in November 2018 to a four-year term.

Kendall served 30 years in the federal government. He served two years as a volunteer in Haiti with the Peace Corps and six years at Peace Corps headquarters in Washington, D.C., in administration and program support. He also worked for 22 years at the Environmental Protection Agency's Washington headquarters in the Office of Pesticide Programs. During his federal service his duties included project management, grants management, and regulatory oversight. He led teams in budget and work plan development, as well as program and process improvement, and received many awards during his tenure for collaboration, continuous improvement and promoting excellence in workplace relations. He served as liaison with state, tribal and municipal pesticide programs over many years. Kendall has served FCPA Board as a member of the Green Team advocacy group on passage of the 2016 Park Bond. He serves as the Boards trails representative as well as Vice Chair on the Park Authority Awards Committee.

Kendall was born in Richmond, Massachusetts. He earned a Bachelor's degree in Journalism from the University of Massachusetts and a Masters in Business from Central Michigan University.