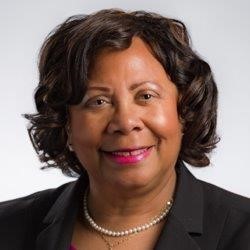 The Fairfax County Board of Supervisors appointed Dr. Cynthia Jacobs Carter to the Park Authority Board on Tuesday, January 28, 2020 for a second four-year term. This follows a November 1, 2016 appointment to the board, and a 2011 appointment to the Fairfax Park Foundation Board. Her current term will expire on December 31, 2023.

Dr. Cynthia Jacobs Carter is Senior Advancement Officer at the Smithsonian Institution’s National Museum of African American History and Culture. She leads the Museum’s Gift Planning efforts. These efforts include heading the Harriet Tubman Legacy Society and helping to build an endowment for the newest Smithsonian museum. The popular museum, which opened in 2016, is located on the National Mall. She is also a member of the Diversity and Inclusion committee.

Before joining the museum’s staff, Dr. Carter served at the Smithsonian as Chief Development Officer in the Center for Folklife and Cultural Heritage. Prior to that, she was Chief Development/External Affairs Officer at Africare. Other positions were held at Howard University, and at The George Washington University. Dr. Carter has taught at Georgetown University and at The George Washington University, both in Africana Women's Studies. She is a National Geographic author of two books: Africana Woman: Her Story Through Time (Simon and Schuster) and Freedom In My Heart: Voices From the United States National Slavery Museum (Penguin Random House), which was nominated for the NAACP Image Awards for Best Literary work in 2010.

Dr. Carter earned a Doctor of Education degree in Educational Leadership and a Master of Arts degree in International Education from The George Washington University. Her undergraduate degree is from Virginia State University.