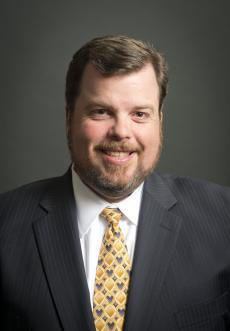 Michael W. Thompson, Jr., was appointed to the Fairfax County Park Authority Board in 2012 as the Springfield District representative.

Thompson serves as Board Secretary. He is chairman of the Park Services and Golf Committee, and vice chair of the Funding Policy and Bond Committee and the Planning and Development Committee. He is a member of the Budget Committee and also serves as liaison to the Athletic Council.

Thompson grew up in Burke, VA where he attended local schools. He received his Bachelor of Arts in Political Science from Emory University and his Juris Doctor from the University of Richmond law school. He still resides in Burke, with his wife and two daughters. He currently works as the senior vice president of a local public relations firm.

Thompson is the recipient of the Community and Recreation Services 2010 Distinguished Partner Award; was named a Springfield District Community Champion in 2010 and also earned the Thomas Lee Chapter – National Society of the Daughters of the American Revolution Community Service Award in 2008.