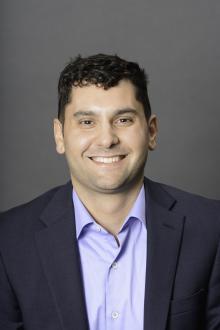 Kiel Stone joined the Park Board in 2017 and was reappointed to a four-year term in November 2018. Stone serves as the associate director for George Mason University’s Business for a Better World Center, where he works with a dedicated team on reshaping business education and preparing tomorrow’s leaders to act with people, planet and prosperity in mind. Additionally, he is a doctoral candidate in George Mason University’s Environmental Science and Policy Program.

Previously, he served as strategic initiatives manager in the office of the dean at the university's School of Business, was the outreach manager in the president’s office at The Nature Conservancy, and he spent five years as chief of staff and political director in the office of Fairfax County Supervisor John C. Cook. In addition to his role with the Park Authority, Stone sits on the board of Volunteer Fairfax. He earned a master’s degree in natural resources at Virginia Polytechnic Institute and State University and a bachelor’s degree in economics at George Mason University.