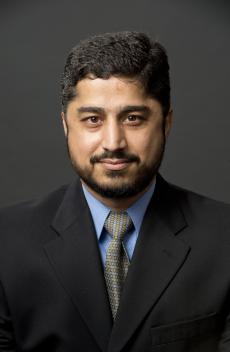 Faisal Khan, a resident of Falls Church (Providence District), was named an at-large member of the Fairfax County Park Authority Board in November 2012. He is a local businessman, an active member of the community, and an enthusiastic participant in the local cricket leagues.

Khan has lived in Fairfax County since 2004. He has worked in the Oriental rug and interior design industry for almost three decades. Currently he owns and manages Oriental Rug Weavers located in Fairfax County. Under his leadership this establishment has flourished and continues to grow and serve a strong and loyal client base throughout the DMV area.

Among other notable achievements, for its superior product quality and excellent customer service this business has been recognized by the “Better Business Bureau” (BBB) and awarded A+ for the eleventh consecutive year, along with a Super Service Award from “Angie’s List” four years in a row.

He is also an advocate for community diversity programs and a volunteer at a local community center. He strongly believes in the power of community-action, effective communication, mutual understanding and tolerance. He has been involved in youth and adult education programs, community events and food drives.

Khan also believes in the power of sports and recreation as effective means of strengthening and unifying ethnically diverse communities, such as Fairfax County. He is a strong supporter of the creation of fields and other sporting facilities for multi-sport promotion and usage. With that tenet in mind, he has worked tirelessly to promote the international sport of cricket in Fairfax County and surrounding metropolitan areas.