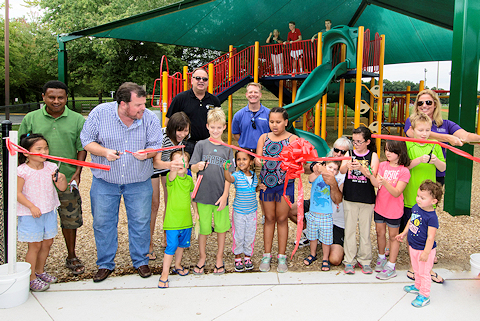 The park’s old playground was demolished to make way for a new play area that features a playground, tot lots, sun shading and an upgraded ADA accessible route. As part of the playground and tot lot replacement, sidewalks through and adjacent to the playground were upgraded and shades over each play area were replaced. The $420,000 project also included a timber border, safety surfacing, drainage, benches and fencing. Work was funded through the 2012 Park Authority Bond.