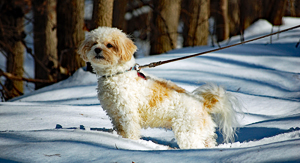 As its taxonomic name implies, the domestic dog is familiar to most of us. Domestic dogs are a subspecies and very close relative of the gray wolf. Greatly variable in size and appearance, domestic dogs average about 60 pounds and are generally the largest local dog species. Domestic dogs live primarily in our homes and Fairfax neighborhoods, but can occasionally be found wild. As a carnivore, their diet consists primarily of meat, but this varies according to what is offered by the dog's owner. 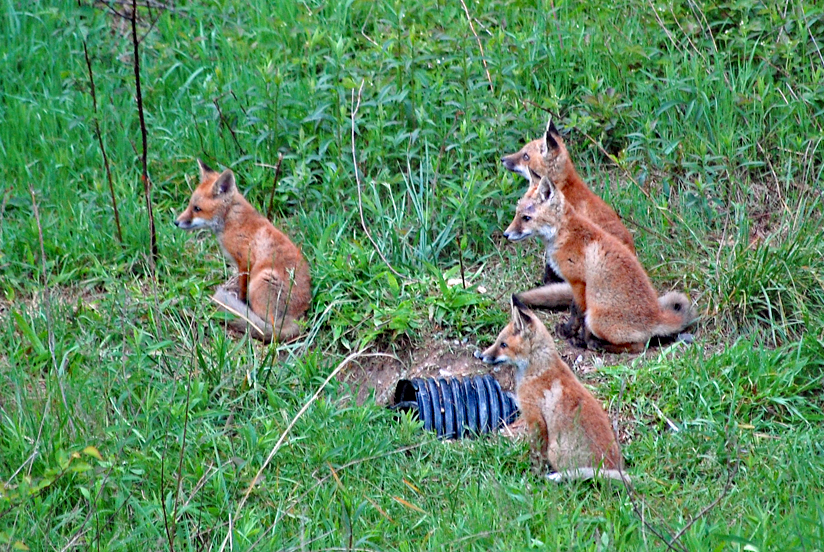 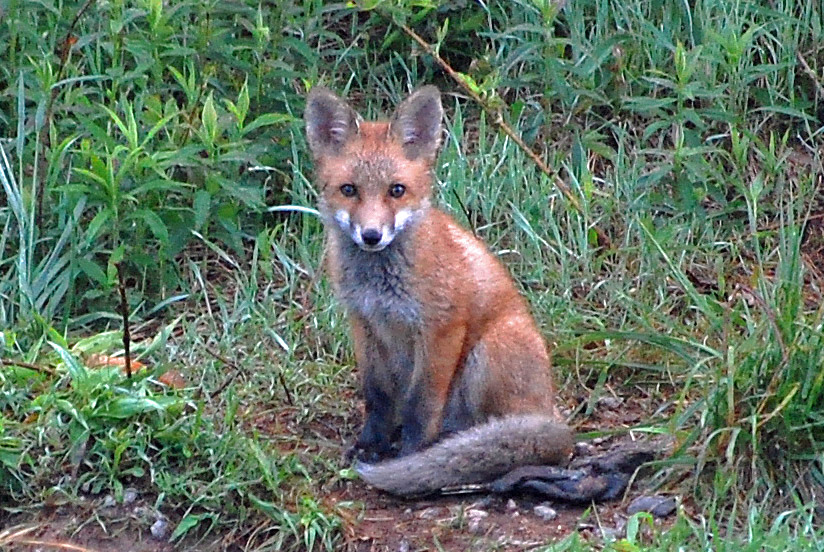 Widespread in North America, Europe and Asia, the red fox is the most commonly seen wild dog in Fairfax County. They are generally reddish in color with a fluffy tail. However, they may have a lot of gray mixed into their fur or may be in a “gray phase” during which they can be a charcoal color. They can be differentiated from their gray cousins in several ways -- their tail is tipped white, they are usually a little larger, and they use more open habitats. Adult red foxes weigh from 9-to-12 pounds.
Although native to North America, the red fox was not found in Virginia before European settlers arrived. English foxes were brought here and released for fox hunting. They began to displace the native gray foxes as forest (which is favored by gray foxes) was cleared for farmland. The English foxes interbred with red foxes and spread south from Pennsylvania. The red fox was well established in Virginia by about the early 1800s.
Red foxes are primarily nocturnal, but may be active during the day. They prefer open or brushy habitat. Red foxes mate in mid to late winter, and four-to-seven kits are born in March or April. The kits are full grown by their first fall when they disperse from their parents. Dens are usually in the side of a slope, but may be found in the middle of a field, under a log, or even under a deck or garden shed.

Red foxes adapt readily to the presence of humans. They are legendary for being smart, evading packs of dogs or circling back behind a person tracking them. They often are noted for acting more like a cat than a dog. They stalk many types of prey and often pounce on small animals, leaping in the air and pinning them to the ground with their front paws. Their diet consists primarily of rabbits and mice, other small mammals, birds, insects, crayfish, fruits and nuts.
There is more on the Fox Information Card, one of a series of Park Authority Stewardship Brochures that explain stewardship and its benefits to the public.

The gray fox is found throughout much of North and Central America. It is slightly smaller than its red cousin, with adults weighing 7-to-11 pounds. Gray foxes are generally blackish-gray on the back with reddish underparts, white on the throat and chest, and rusty-yellow hair on feet and legs. Gray foxes always have black fur on the tip of their tail.
The gray fox is the only member of the dog family that readily climbs trees. They prefer forested habitat, especially in rough, hilly terrain around streams and lakes. Gray foxes are almost exclusively nocturnal and are seldom seen. They breed in late winter. An average of four kits are born in April in a concealed den in the side of a slope. Unlike red foxes, gray foxes may use their dens for much of the year. Kits are full grown by their first fall when they leave their parents. Grey foxes live about two years.
The gray fox’s diet consists of rodents, insects, birds, nuts and fruits. The gray fox often eats more fruits and nuts than the red fox, and has been known to eat an almost entirely vegetarian diet depending on food availability. 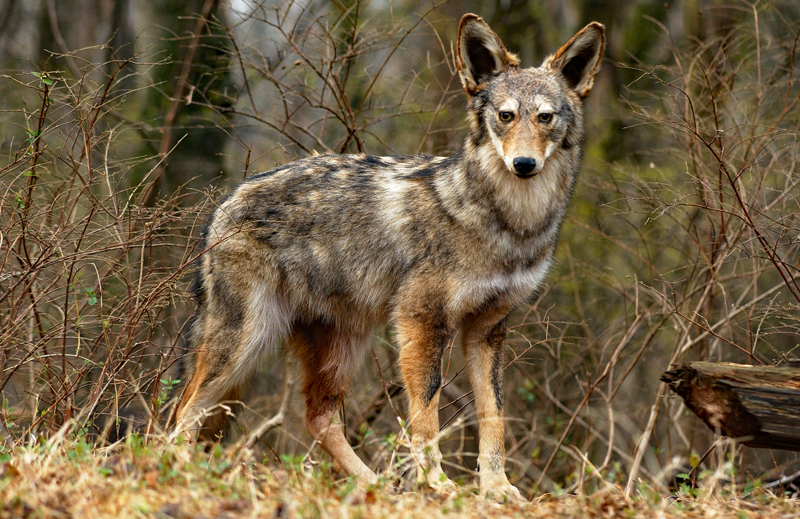 The coyote, or little wolf, is a medium-sized dog weighing 25 to 50 pounds. They are wild in much of North America. Coyotes are tawny or gray and prefer open woodlands, woodland borders, meadows or brushy areas. The coyote range expanded considerably in the 20th century. It adapts readily to conditions caused by humans, and its larger cousin and competition, the wolf, has been largely eliminated. Coyotes arrived in Northern Virginia in the 1970s, and their numbers have been rising since then.
Coyotes breed in late winter. Five to seven pups are born in an unlined den in April or May. Dens are usually concealed in the side of a slope. Both parents help raise the young. Pups are full grown by their first fall when they leave their parents and disperse. They may live 6-to-8 years. Coyotes may be solitary or live in family groups. Although they are often very vocal when living in open country, they may not vocalize when living in urbanized environments.
Coyotes primarily eat small rodents and rabbits. They will eat carrion (road kill) and a variety of other animals and some vegetable matter. They have been known to eat domestic cats and small dogs.