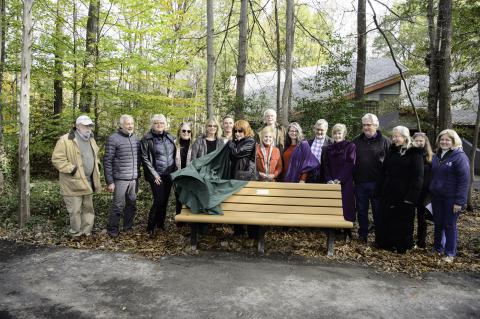 Parks and recreation icon William “Bill” Beckner, who passed away earlier this summer, was remembered fondly and honored on Saturday, November 17, 2018 with a park bench dedicated in his memory at Huntley Meadows Park. Beckner joined the Park Authority in 1977 as the agency’s chief naturalist. Eight years later, he led the agency’s detailed strategic planning process, and in February of 1989, he was named the Park Authority’s director. He served in that post until December 1993, when he left the FCPA to establish his own consulting business.

A post detailing Beckner’s contributions to the field of recreation and parks can be found at our blog.