Glass Fragments Provide a Window into the Past 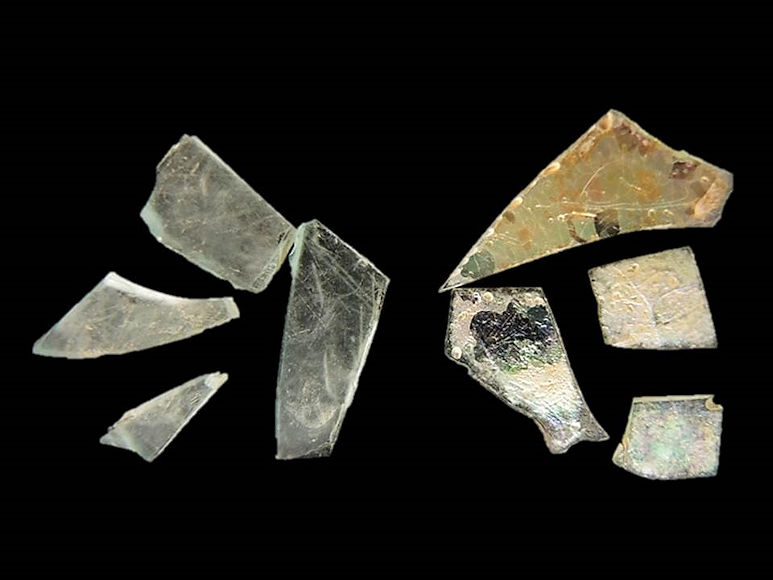 Sometimes the most mundane artifacts can be among the most informative. Plain, flat window glass is one of those artifacts. Before modern glassmaking techniques, flat glass was made by the crown glass method. A molten glass blob was gathered on a blowpipe and blown into a balloon shape. The glassmaker then cut the glass balloon from the blowpipe with shears, leaving a bowl-shaped glass form. The maker then attached a solid "punty" rod to the base of the bowl shape and spun the still molten glass rapidly until a disc formed. The outer portion beyond the central knob was then cut into panes. The process is depicted in Diderot’s and d’Alembert’s Encyclopédie, a famous 18th century French dictionary of sciences, arts and trades.

By the late 17th century, the process was refined to a point where crown glass was the preferred method in window glass manufacture until the mid-19th century. The labor involved and the perils of shipping meant that window glass was relatively expensive. As a result, glass serves as an indicator of at least modest wealth when it is found on colonial-period archaeological sites.

Archeologists map the locations of window glass concentrations to determine where windows were on structures that have long since disappeared. With such data, archaeologists can begin to “reconstruct” how a site looked when it was populated. See an example in the blog Through the Looking Glass. Check out other information about artifacts and current excavations around Fairfax County at cartarchaeology.wordpress.com.