Long-distance Education before the Internet 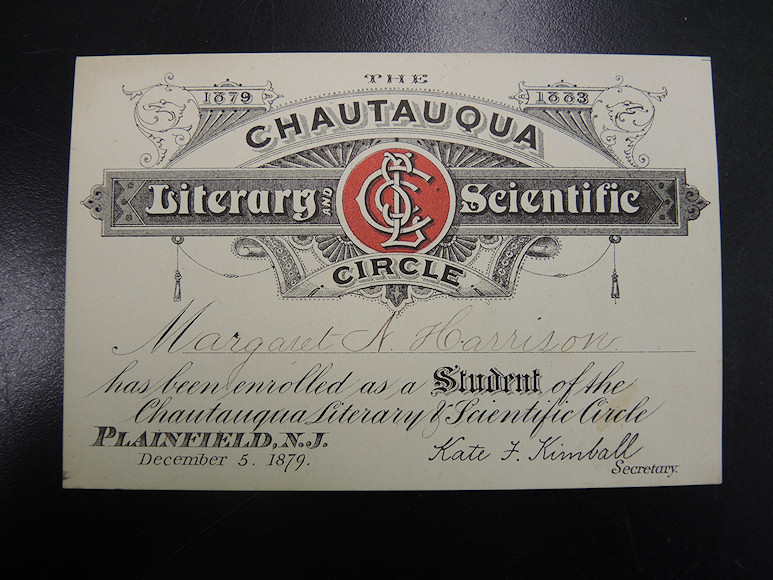 This membership card belonged to Margaret Harrison, a resident of Historic Huntley during the late 19th century. The card confirmed her membership with the Chautauqua Literary and Scientific Circle (CLSC). The CLSC, founded in 1878, was a correspondence school allowing people who were not able to travel to a college campus, but were still interested in studying, to pursue a higher level of education. Consequently, pursuing education within the home was popular with many women in the late 19th century. The CLSC would send out a book list, and students would read the books on the list and then complete corresponding assignments. At the end of the year they would take a test and, if they passed, would be able to continue into the next year.

Margaret became a CLSC student in 1879, which is specified on her card. She owned several books on the reading list and even had a CLSC bookmark, all of which are a part of the Park Authority's collections. The card has been carefully preserved over the years, the edges crisp and the bright red coloring barely faded, showing how cherished this item was to Margaret and the later owners of her belongings.