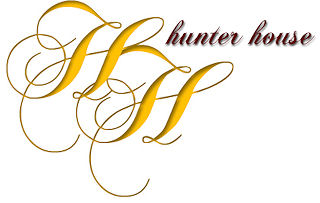 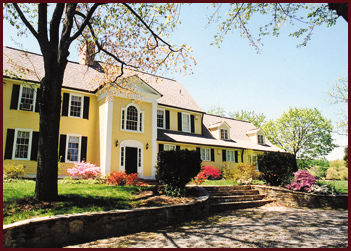 Built in 1890 by Scots immigrant John C. Hunter, Hunter House began as a small frame farmhouse. Over the years, the house was enlarged, but still retains much of its original character. After Prohibition, the house and surrounding grounds were bonded as Distillery No. 4, and produced "Virginia Maid" wine.

Today, the Hunter House provides main floor accommodations, a sunlit screened porch, beautiful border gardens and spacious lawns for outside occasions. Nestled among the woods and various recreational facilities of Nottoway Park, Hunter House is a popular site for many different social and corporate events.

In 1871, Dr. James Hunter of Banff, Scotland sent his sons James and John Craig to find a new home in the United States. In 1874, they purchased Moorefield, which until 2003, stood on land adjacent to Nottoway Park. The family settled into the Moorefield House. In 1890, John constructed a home for himself.

The original house was a typical turn-of-the-century frame farm house. The two-story building had two chimneys on the outside of the north and south walls, a wood shingle roof and beveled siding. The first floor contained an entry stair hall, a living room with a fireplace, a large kitchen and a pantry. The two second floor bedrooms were probably heated by fireplaces or stoves. The original house had no plumbing, electricity or central heating. A 110-foot deep well was dug outside, close to the south wall of the kitchen.

By 1920, improvements by several other owners included an open porch, a two-story bay window on the east side, which created a sitting room and a bedroom, a two-story addition on the south side and a basement. New bedrooms were added to the second floor and in the attic. It is believed that indoor plumbing, a bathroom and electricity were added about 1930.

From 1921 to 1940 the property was home to the family of William Davidson, the son of a Civil War hero and a close friend of then Governor George Parry. They operated a fruit orchard and after Prohibition, in 1933, a winery. The winery was bonded as Distillery No. 4 of the Commonwealth of Virginia and produced a wine called "Virginia Maid." Some of the imported grapevine stock, now gone wild, can still be found at the front woodland edges of Nottoway Park. Davidson added a metal embossed roof to the house, enlarged the basement for wine distillation and storage, and had or used a pump for the well which filled a large storage tank in the attic.

In the 1940's, the Thorne-Smith family made major revisions to the house. These included a complete renovation of the interior, removal of the old end chimneys and the addition of a new interior chimney which allowed for fireplaces in the living room and the master bedroom on the second floor. A garage was attached, plumbing was concealed and electrical and central heating systems added.

The property changed hands several times before being purchased by the Park Authority in 1972. At the time of purchase, the house was known as Dandru Farm. The house was added to the Fairfax County Inventory of Historic Sites in 1975 and renamed the Hunter House after its original owner. The Park Authority completed restoration in 1977, and for many years the house operated as a community center. Today, in addition to being available for rental for a variety of social and corporate functions, the formal lawn of the Hunter House is also the site of the "Nottoway Nights" free concert series in the summer.

Hunter House is listed on the Fairfax County Inventory of Historic Sites and with the Virginia Department of Historic Resources.