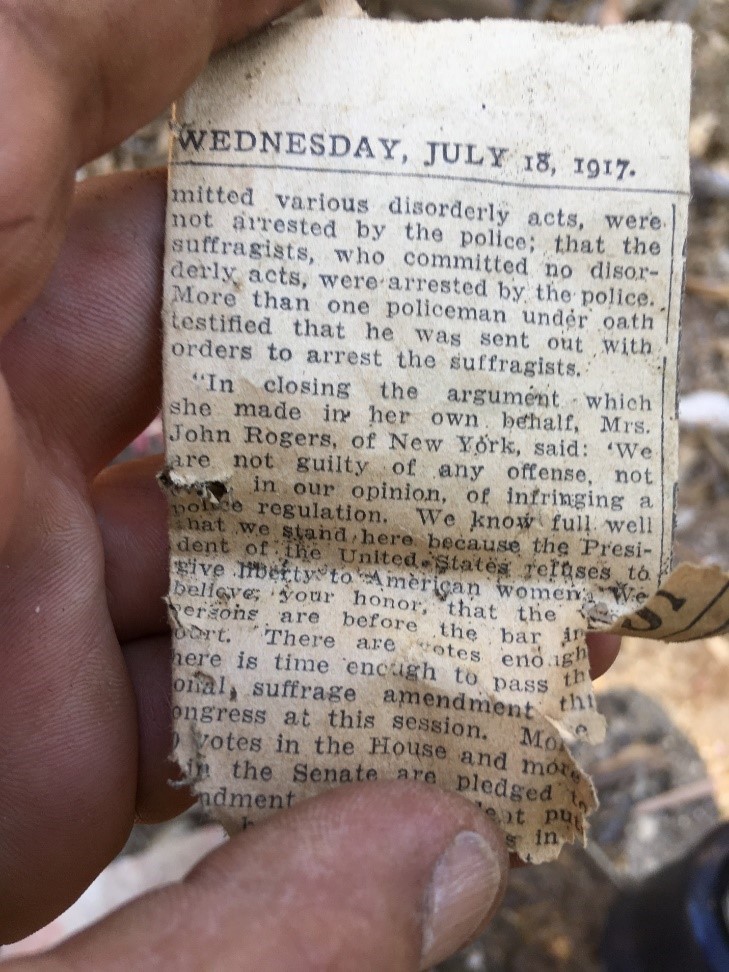 This piece of newspaper was discovered when a dilapidated, unlivable, historic house was being demolished. The newspaper was probably used for insulation. The paper is dated July 18, 1917, and is folded to a column about women arrested for protesting for the right of female suffrage. Part of the column quotes Elizabeth Selden Rogers. “[W]e are not guilty of any offence, not [paper deteriorated] in our opinion, of infringing a police regulation. We know full well that we stand here because the President of the United States refuses to give liberty to American women.” Rogers was sentenced to 60 days but was pardoned after three.

Seventy-two women, commonly referred to as the “Suffragettes,” were jailed at Lorton. Several of the imprisoned initiated a hunger strike and were force-fed. The jail where they were imprisoned is now the Workhouse Arts Center. It houses a museum that commemorates the women who were jailed fighting for the right to vote.