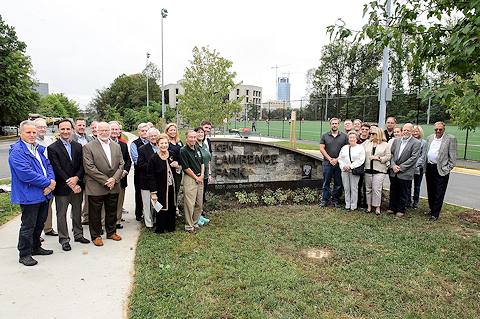 Jones Branch Fields and Arbor Row Stream Valley Park were consolidated and renamed Ken Lawrence Park in honor of the former Providence District Planning Commissioner and longtime advocate for parks, fields and open space in Fairfax County. His vision for Tysons sought balance between growth and infrastructure and he was a major influence in getting green space added to the Tysons Urban Center Comprehensive Plan, which will guide development of Tysons’ recreational amenities now and in the future.

Pictured in the photo, from left to right: