Decoration or Symbol of Resistance? 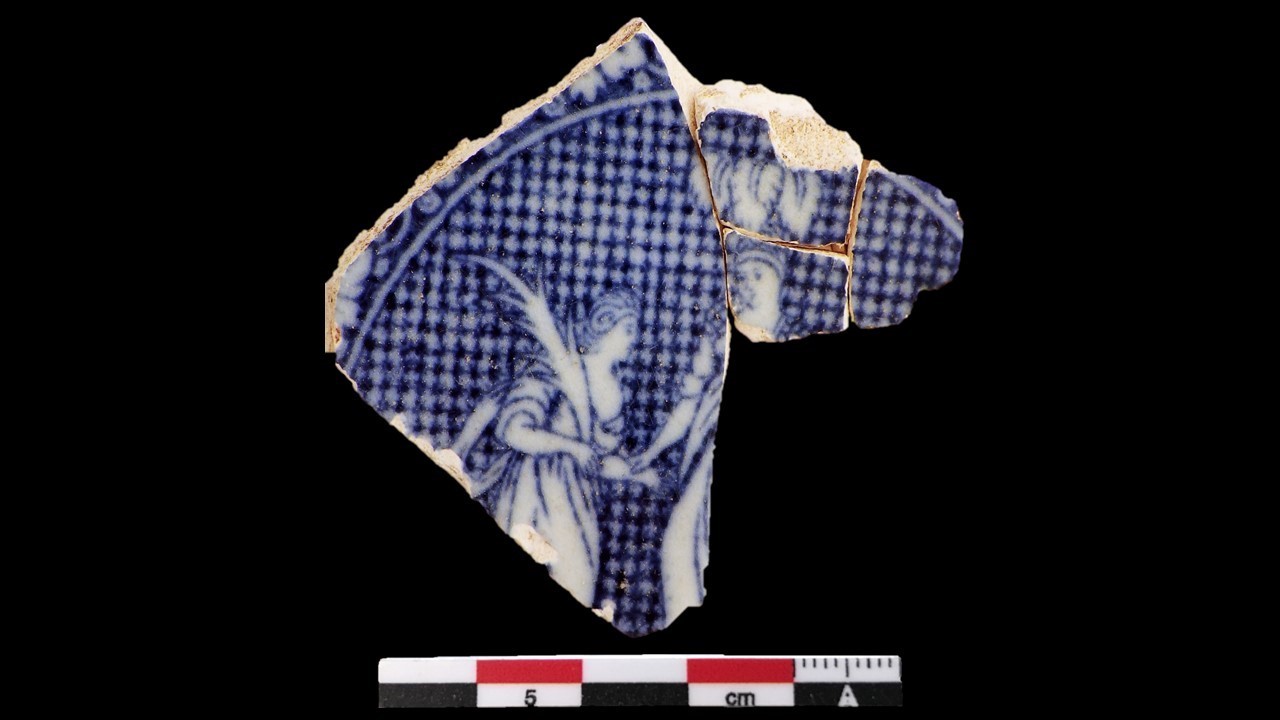 During excavations in 2017, Fairfax County archaeologists recovered four refitting pieces of a decorated ceramic plate. After some research, laboratory archaeologists determined that the plate commemorated the 1802 Treaty of Amiens, which ended 1792-1802 hostilities between France and England stemming from the French Revolution.

This English-made ware was popular in the United States from 1802 until 1807, when President Thomas Jefferson instituted an embargo against the British. The artifact is somewhat odd, as the United States limited participation in the hostilities to primarily naval actions against the French in the West Indies during the “Quasi-War,” which had been settled prior to the Amiens treaty. Other examples of this plate have been recovered from excavations in the City of Alexandria, Virginia.

The location of the artifacts’ recovery is peculiar. They derived from a cellar hole on a site interpreted as slave quarters due to the recovery of other artifacts strongly associated with enslaved people. Perhaps the plate was handed down from the enslaver to the enslaved. Enslaved persons may have intentionally selected the plate for its decorative quality or for symbolic reasons. When whole, the scene depicts “Britannia” as the central figure. “Victory” is to her left holding a palm frond, historically a symbol of triumph and peace. To Britannia’s right would have been a depiction of France wielding the “Liberty Cap.” All figures are clad in Greco-Roman attire.

According to the website of the Architect of the Capitol, in the late 18th and 19th centuries, the Liberty Cap symbolized freedom from slavery. None other than then-Secretary of War, later President of the Confederacy, Jefferson Davis objected to its use in the architecture of the capitol building. Interestingly, the figure that would have held the Liberty Cap was not recovered. The symbolism contained within the decoration may indicate a deliberate choice by the enslaved and may have even served as a quiet, visual act of not only aspiration, but also resistance.