Is it a Photo or a Drawing? 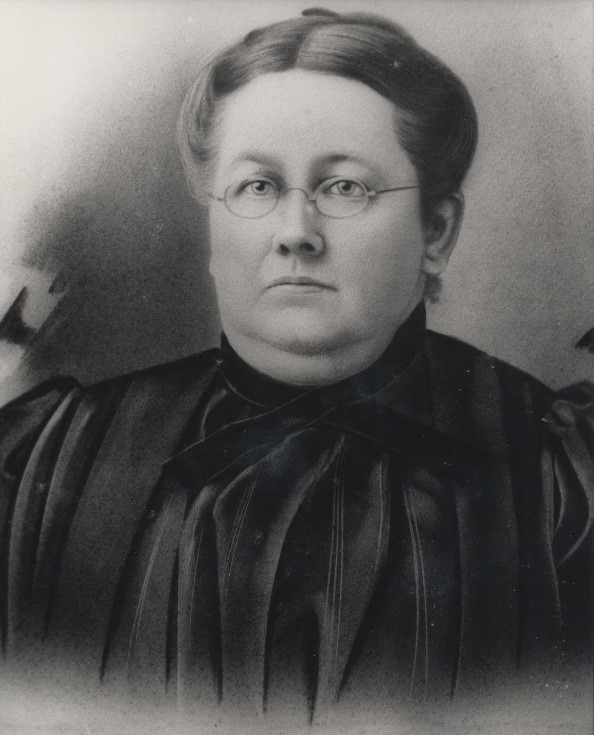 In 1883, Addison Millard purchased Colvin Run Mill and moved his family there. Besides successfully running the mill, Addison and his wife, Emma Millard, became leaders of their community and an integral part of the Great Falls area. This portrait is of Emma, a woman who gave birth to 20 children and began running the mill with her sons Samuel and Alfred when Addison died in 1898.

While the Millards were responsible for the most prosperous era of the mill, large hand-painted portraits were expensive and only available to the very wealthy. So, what type of portrait is this?

The Principle of the Drawing Department at the Maryland Institute, D.A. Woodward, realized that if he could enlarge and weaken a photographic image, he might be able to draw over the image and solve two problems – he could lower the cost of a portrait and attract more customers, and he could make more portraits in a faster period of time by using the photograph as his base. In 1857 he patented the Woodward Solar Enlarging Camera, which generated a weak but large image on canvas. An artist would draw over the photograph with charcoal or pastels to make it look hand drawn.

From afar, this looks like a photograph, but up close it looks like a drawing. This type of portrait, often called a crayon portrait, was popular from 1860 until 1905, though it remained popular in some rural areas until the Great Depression. This portrait was donated to the Fairfax County Park Authority in 1975 by a Millard family member, a testament to the strong woman who raised a large family while running a business empire.