In 18th century colonial America, there was a shift in the desired style of glass stems from heavy lead bases to lightweight delicate stems. The weight of glasses became problematic and expensive with the introduction of the Glass Excise Act of 1745, which raised prices of raw materials needed for glass making. The higher price on the glass’s taxable weight and a demand for a more ornate style led to changes in tableware production. Thus, glassmakers popularized the “air-twist” stem glass pictured.

This design retained the popular and simple shape of the plain glass stem. The “air-twist” is made by creating air pockets within the glass as it is heated and then drawing them out to create spiral patterns. One such Air Twist drinking glass stem was recovered at the Old Colchester Park and Preserve by Fairfax County Park Authority archaeologists. The exact year of the “air-twist” introduction is unclear, but most researchers assume it to be around 1730 and it appears they were produced until about 1760. This does not mean the glass was produced domestically, as there was not a strong glass making industry in America until the mid-18th century. Much of the glassware found in early American archaeological sites, like the recovered example from Old Colchester Park and Preserve, were imported from abroad. 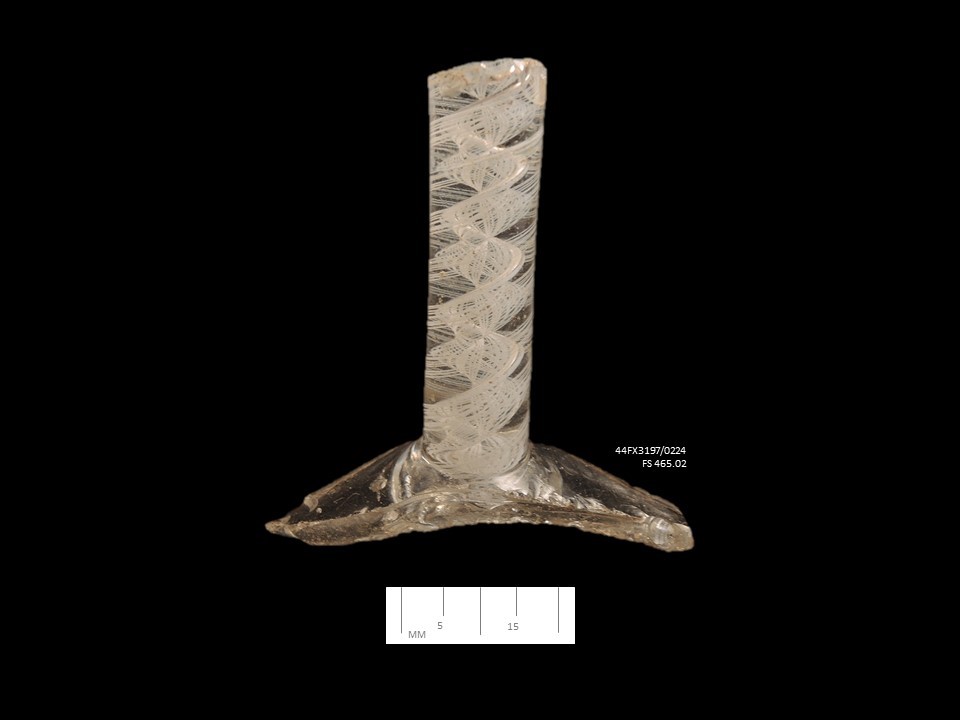