A Thimble Sheds Light on the Lives of Women in History 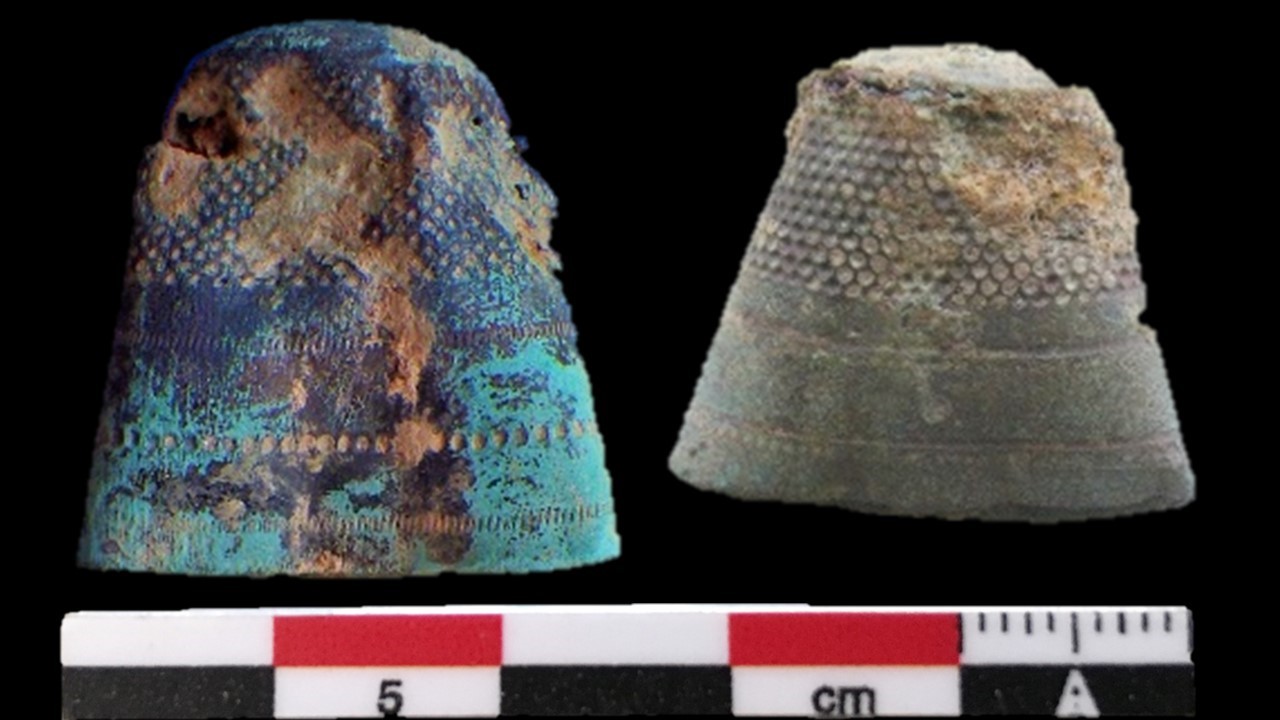 The thimble is a simple tool used to protect a finger, usually a thumb, from a needle while sewing or embroidering. This tool has been around for many years in one form or another. It can be made from a variety of materials like bone, wood or metal. Until the 1700s, metal thimbles were mainly hand-made, meaning they were more expensive than in later years and would be thicker and less uniform. By the 18th-century, machine-made thimbles were in homes across the American colonies. They were more uniform and easier to acquire.

In antiquity, a thimble is a tool that is usually gender specific. Women often were the only ones sewing in a household. These particular thimbles appear to be machine-made and were recovered from a late-18th to early-19th century archaeology site, a suspected slave quarters in which archaeological and historic evidence indicates women lived and worked. Archaeologists use information they gather from such sites to paint a broader picture of the daily lives of people who left a thimble behind.

For more information about artifacts and current excavations around Fairfax County, see cartarchaeology.wordpress.com.