In 1875, Chantilly farmer James P. Machen was renovating a house on his property when he left a memory that was found more than 100 years later. Machen’s father, Lewis, had arrived in 1843 to a rundown property. Lewis made several renovations to the property, including restoring a stone house and turning it into a library and study while the Machen family lived in a wood frame house nearby. Fire destroyed the wood house in 1874 when James lived on the property. Rather than build a new house, James decided to remodel and expand the stone house. During the renovation, he placed a few simple objects from his immediate surroundings in a small, crudely-made wooden box, and put them in a wall.

Fast forward 105 years to 1980. When the Fairfax County Park Authority was conducting its own renovation of the Walney Visitor Center at Ellanor C. Lawrence Park, workers found Machen’s time capsule. The box contained a mustard tin filled with money, coins and other small items.

One of the items in the box was an unused pen nib. Quills made from feathers were in use from the Early Middle Ages and were commonplace until the 19th century when they were replaced by metal nibs, which had many advantages. They could be mass produced, they retained their edge longer than a quill, they did not need sharpening, and they could easily be removed so the user could replace the nib or switch nib sizes.

The shank of this nib says, “R. Bell Alexa. VA. 22.” According to his obituary, published in The American Stationer, Robert Bell was born in England on the Isle of Ely in 1809 and came to America as a child. He started his stationary business in Alexandria around 1829. His shop sold mostly books and stationery items, though there was a bindery in the back. Somtime later a full print department, which became the main business, was added. Bell eventually turned the business over to his sons, who renamed it R. Bell’s and Sons. Through the years their stationery served as a way to advertise their nibs, as they can often be seen on their self-addressed envelopes. Robert Bell died in Alexandria on July 15, 1885, after more than a half-century in business. 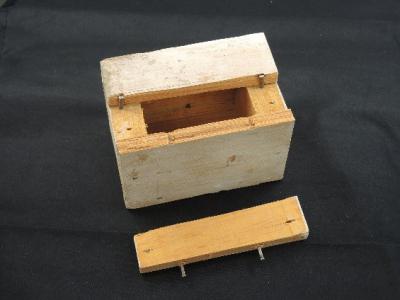