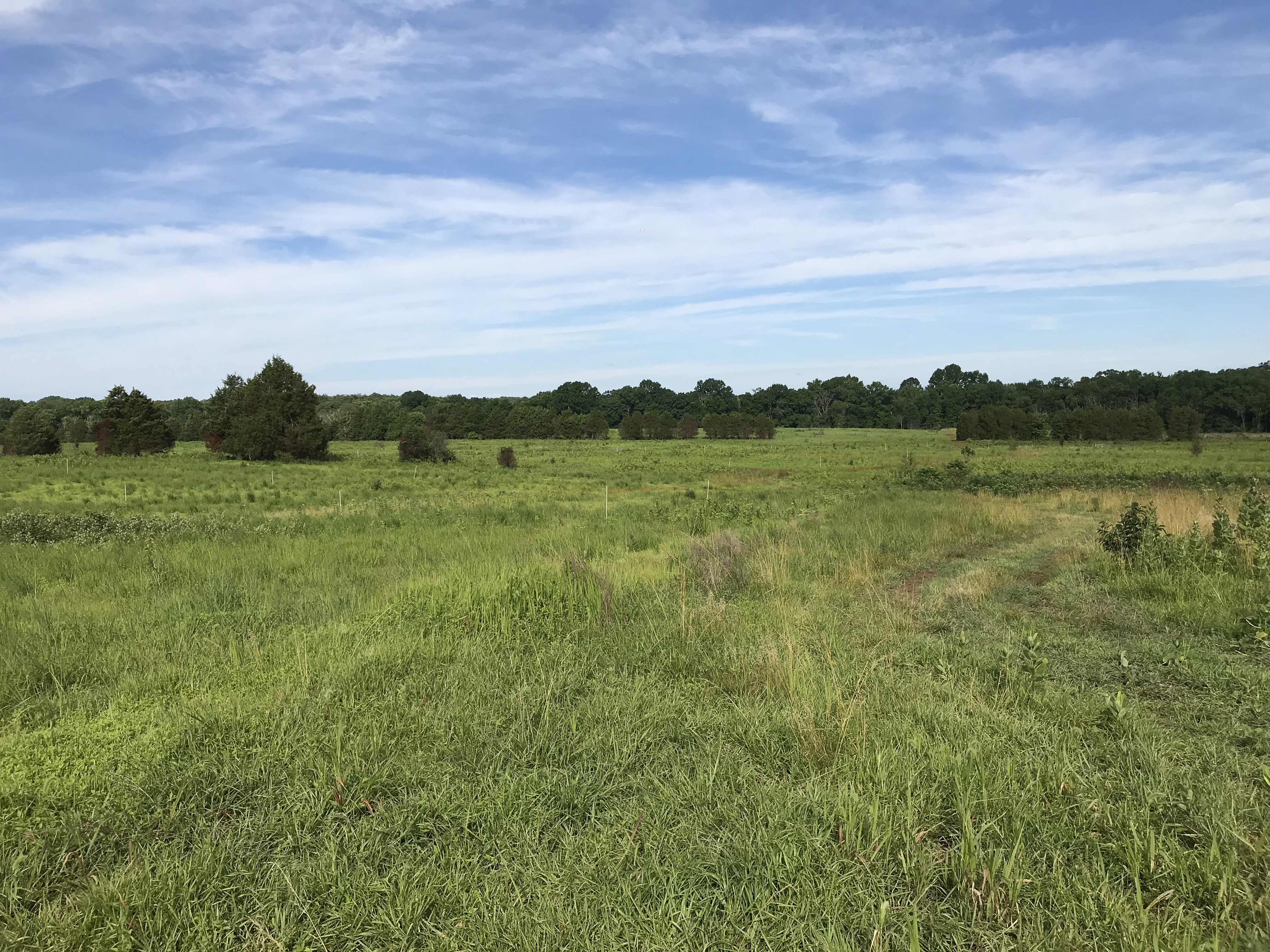 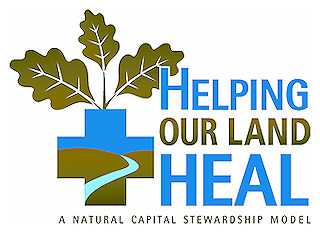 Elklick Preserve Grassland Restoration
Elklick Preserve’s 1400 acres contain a 60 acre grassland, or meadow, that is currently being restored with the goal of providing breeding habitat for declining grassland bird species such as eastern meadowlarks and grasshopper sparrows.  These birds carefully choose their nesting habitat and restoration of the grassland will allow the Park Authority to manage it for their requirements.  The restoration is needed because trees and non-native invasive plants have invaded the meadows and made them inhospitable to grassland birds.  In addition, the grassland restoration aims to strengthen local populations of rare plants that are not secure because of human uses of their habitat such as utility line repairs and improvements.  Both of these goals require the intensive control of non-native invasive plant species using a variety of tools, including prescribed burns and planting of native grasses and forbs where thickets of young trees and shrubs have been removed.  This project began in 2018.

Old Colchester Park and Preserve Restoration
Old Colchester Park and Preserve is a 140-acre park near the mouth of the Occoquan River in Lorton, VA. The park is primarily forested with a patchwork of upland forest, floodplain forest, depression swamps, and seepage swamps. A Natural Resources Management Plan (NRMP) was completed for Old Colchester in 2011, and implementation of management recommendations began in 2012. Management goals include restoration of degraded upland forest and floodplain forest, protection of high-quality forested wetlands, and restoration of hydrology in degraded wetlands. Restoration methods include removing invasive species, planting native trees, seeding native grasses and wildflowers, prescribed fire, and minor earthmoving to restore hydrology.

Laurel Hill Forest Restoration
Laurel Hill Park is a 1,200-acre park complex in a medium-density residential area in Lorton, VA. Forested areas are at the northern part of the park, while the southern part is primarily recently abandoned agricultural land, much of which was part of the Lorton Prison system before the Park Authority acquired the land. The majority of the park is characterized by undeveloped open space, in most cases overgrown by non-native invasive plants. A forest restoration project began in 2019 at a site on abandoned agricultural land that was overgrown by kudzu, mugwort, and other invasive species. It is near Lorton Road and the Fairfax Cross County Trail. The goal of the restoration is to eliminate invasive species from the site and establish a healthy Piedmont acidic oak-hickory forest. The focus of the restoration work is on invasive plant control and removal, deer exclusion, and increasing biodiversity by planting and seeding native plant species.

Ellanor C. Lawrence Forest Restoration
Ellanor C. Lawrence Park is a 650-acre, resource-based park in Chantilly, VA. The park is divided in two parts by Route 28. The west side of the park is developed as a recreational area with forest remnants surrounding athletic fields. The core of the park, east of Route 28, is mainly forested with a mosaic of relatively young forests.  Forest fragmentation, a high deer population, and non-native invasive species infestations have degraded many acres of forest in the park. The goal of the forest restoration is to create Acidic Oak Hickory and related forest types where the existing unhealthy forest will lead to further degradation and forest loss.  Planned restoration activities include deer exclusion, silvicultural treatments, control of invasive species, and increasing native plant biodiversity by planting and seeding.  This project began in 2019.

White Gardens Meadow Restoration
White Gardens is a 13.6-acre park in Falls Church. Previous owners cultivated an expansive garden landscape throughout the property under the shade of a mature tree canopy. A three-acre open field was retained and mowed as a large lawn.  A meadow restoration project began in 2015 to restore this field to a diverse native plant grassland community. Upon its completion in 2018, the meadow contained numerous, colorful, native grass and wildflower species supporting native pollinator and bird species. In 2019, the project won an award for Best New Environmental Sustainability from the Virginia Recreation and Parks Society (https://www.fairfaxcounty.gov/parks/index.php/park-news/2019/z-ir136)

Help, Not Hurt, The Land

How We Treat Our Land Has Lasting Impacts