An Agate & The Grange 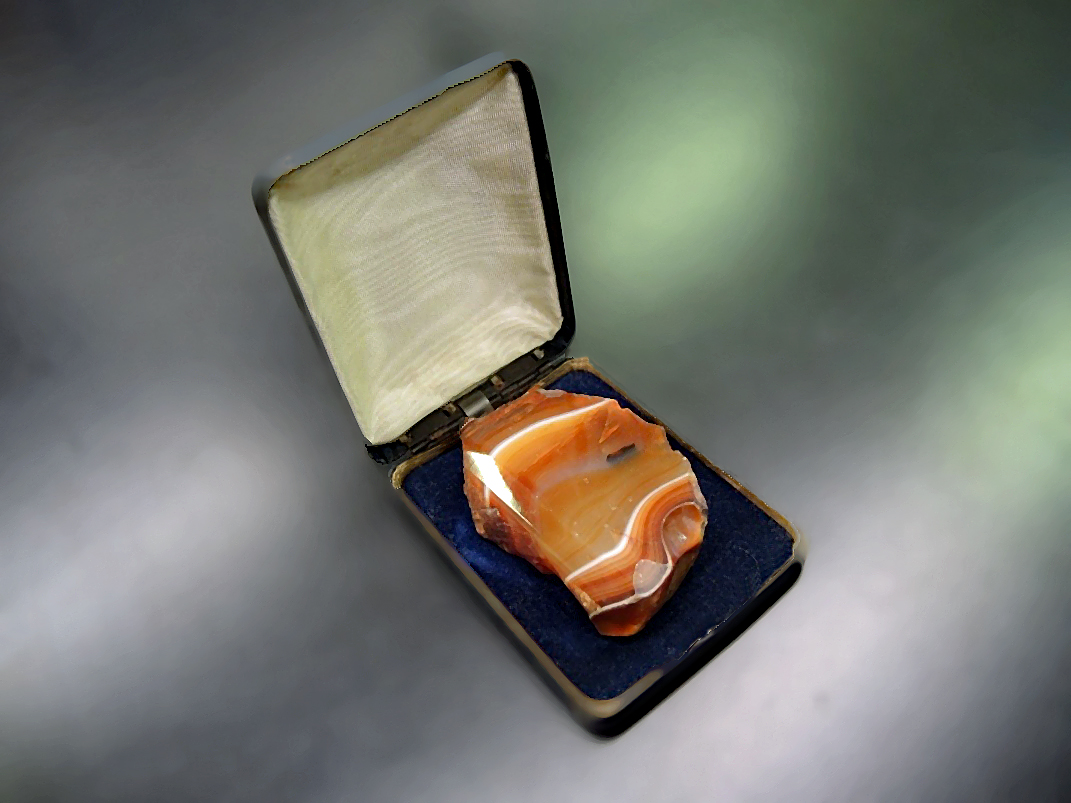 This agate, snug in a velvet lined box, was an important emblem to the National Grange of the Order of Patrons of Husbandry. This fraternal organization worked to protect farming interests politically, and it influenced the passing of what became known as the Granger Laws. The society encouraged its members to build local gathering places, called Grange Halls, which often became a central place for local community meetings and events. Grange Halls also hosted the society’s ritual ceremonies. Curious items, some of which are in the Fairfax County Park Authority’s collection, were often used during these ceremonies.
For example, during the ceremony for the fourth degree level of membership, where the focus was “Home,” an agate was placed on the Master’s (President’s) desk. As part of the ceremony, the Master would say, “Let the agate be to you an emblem of fidelity. May your principles of manhood and womanhood be as firmly impressed as the lasting colors in the stone, and may our friendship be as firm as the stone itself.” The agate’s symbolism, purpose and use in Grange meetings is detailed in books that the National Grange published. Construction of The Great Falls Grange Hall #738 began in 1928, and the building was dedicated in 1929. The Fairfax County Park Authority has owned it since 1980, and it is listed on the National Register of Historic Places. Artifacts associated with the Great Falls Grange, such as this agate, were donated to Fairfax County in 2013 by Ellen Sanders.