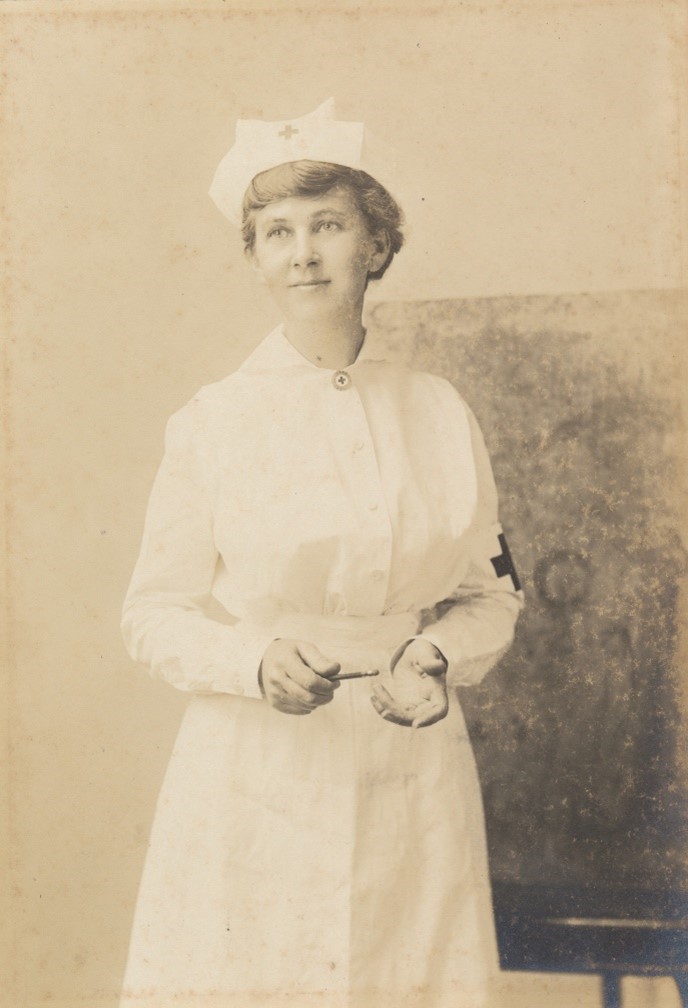 Florence Eugenia Besley was born in Fairfax County in 1872 and pursued a career that had a broad impact on the field of nursing in the early 1900s.

After graduating high school, Besley attended Columbia and Children’s Hospital School of Nursing in Washington, DC. She got her nursing degree in 1893 and worked at several organizations in Virginia and Kentucky before she became the Second Superintendent of the University of Virginia’s training school for nurses at University Hospital in 1901. In this capacity she acted as a nurse, administrator and educator.

This was an apprenticeship-based program. Students lived in the top floor of the hospital and Besley resided in a suite off the main entrance so they could always be on call. Besley remained the Superintendent until 1907, when she resigned after her calls for changes to the program went unanswered. She had noted that students were working such long hours that they often missed classes, and she asked that the program be changed from a two-year program to a three-year program to give the students more time for educational instruction. However, in the first year this was instituted, it only resulted in more responsibilities at the hospital and not in more educational hours. She felt the education of nurses was not a priority when compared to medical students and that the hospital thought on-the-job work experience and following doctor’s orders were enough.

Now, Besley is remembered there as an important part of the foundation and growth of the hospital and its management system, which included how supplies were ordered, staff were hired, patients were admitted, and fees were collected. In a reference for Besley when she departed, the Chairman of the Faculty and Superintendent of the Hospital wrote to the Red Cross, “She was a woman of energy, character, and decided force. She could make a probationer go faster, and a dollar go further than anyone I have ever known.”

Besley was stationed in the Philippines for four years before she returned to the DC area to continue her work stateside with the Red Cross Town and Country Nursing Service. Its goal was to bring public health nursing to the small towns and rural communities that needed it most. She lectured and educated people about the mission of the Red Cross, encouraged people to take classes that might be beneficial, such as Home Hygiene, Care of the Sick or Home Dietetics, and gave advice on how to make local chapters more effective. After leaving the Red Cross, she worked at The Egenton Home for Girls in Baltimore, Maryland for more than 20 years.

This photo of Florence was found in the Park Authority’s Sherman Collection. Members of the Sherman family lived at Ash Grove, which was constructed in 1790 and is one of the few standing 18th century houses built by the Fairfax family. The Sherman family lived in the Vienna home from 1850 until 1997, when It was acquired by the Park Authority. The Besley family were neighbors of the Sherman family, and Florence’s sister, Elsie May Besley, married Wells Alvord Sherman in 1895, which explains the photo’s inclusion in the Collection.