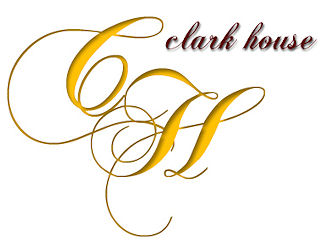 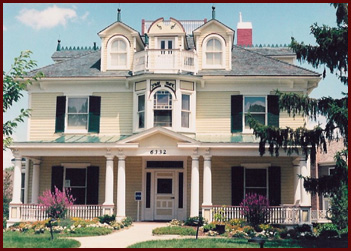 This Victorian farmhouse was commissioned by William Clark in 1902, and is the surviving architectural remnant of a large dairy farm operated by the Clark family for over 50 years.

Today, the Clark House has been restored to its original graceful exterior. A grand central hallway with an antique table serves as both a gracious entry and an ideal setting for a buffet. Three rooms on the main level offer space for dining, while the lower level room, with its ceramic tile floors, is an excellent space for dancing and children's activities. The spacious front porch, wrap around veranda and landscaped grounds provide picturesque settings for outdoor ceremonies.

Accessibility:
Clark House is wheelchair accessible; however there is no inside transfer between levels.

The Clark House is the last surviving architectural remnant of a large dairy farm that operated in Annandale for over fifty years. Four generations of Clarks lived on the 200+ acre farm, until the bulk of the property was sold to a developer in the 1950s. After the sale, the family ran a firewood and topsoil business on the remaining six acres.

William Lee Clark had the structure built in 1902 by local builder, Henry Manchester, who was paid two dollars a day plus his dinner. Mr. Manchester, then age 59, was a long-time resident of Annandale and Lincolnia. William Clark and his wife, Minnie Howdershell Clark raised their five children - Wilbur, Lillian, Madeline, Whitney and Ollie - in this house. Members of the family still reside in the area.

Built as a perfect four square with four equal walls, the house is representative of the "four-square" vernacular architecture common to farmhouses at the turn of the century. The family used the parlors, kitchen and dining room on the first floor and the bedchambers on the second. Originally, the third floor was used as dormitory rooms for hired help, who ate in the summer kitchen. The Clark home had one of the first telephones in the area, installed around 1918. Electricity was put in about 1935. Today, the Clark House has been restored to its original exterior appearance. The interior retains its original detailing and woodwork, but has been modernized with wall-to-wall carpeting, air conditioning and a full kitchen.

The Clark House is listed on the Fairfax County Inventory of Historic Sites.