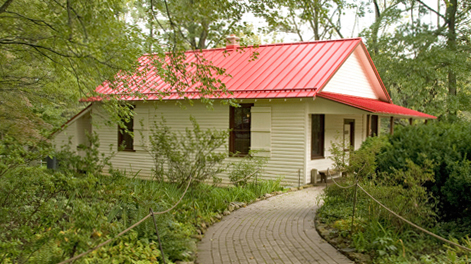 The path from the parking lot at Colvin Run Mill Historic Site leads to the porch of the General Store. This late 19th century building once stood across Colvin Run Road from the mill. Storekeeper Mark Cockrill stocked general merchandise for the Colvin Run farming community and mill patrons.

Examples of merchandise sold in the store from the 1890s to the 1940s are displayed on the tops of shelves and hang from the ceiling. The general store remains a mercantile establishment, selling grain ground at the mill, "penny" candy and sundries.

Explore the Park's Buildings and Garden

Near the general store are the barn and blacksmith shop, built in 1970 during a restoration. Inside the barn is a model of Colvin Run Mill, faithfully reproduced to 1/24 scale by a dedicated volunteer. Barn exhibits include the tools of farmers and tradespeople who lived in the area at the turn of the 20th century. Children love the hands-on history trunk with reproductions of items used at home, school and work. 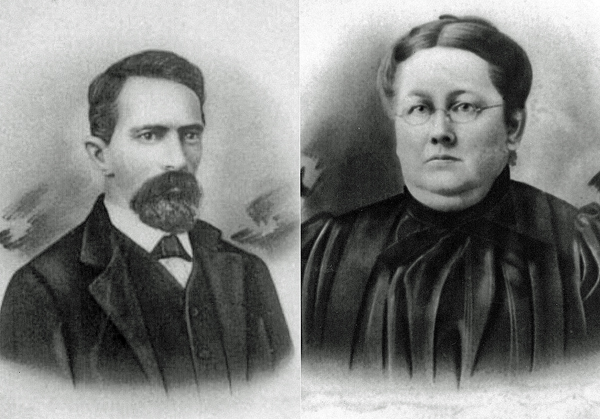 Down a gravel path is the c. 1809 miller's house, home to the families who ran the mill. In 1883, Addison Millard moved his family here when he bought the old mill. Addison, his wife Emma, and some of their 20 children lived here. When Addison died, the family stayed and operated the mill until 1934.
There is a garden on the east side of the house. It’s a nice place to sit, relax, and enjoy the calm of flowers for a few minutes.
Further down the gravel path is the mill. Nearby are the remains of a great white oak tree that fell during a summer storm. White oak was used for the framework of the mill, its axles, and the gear faces. 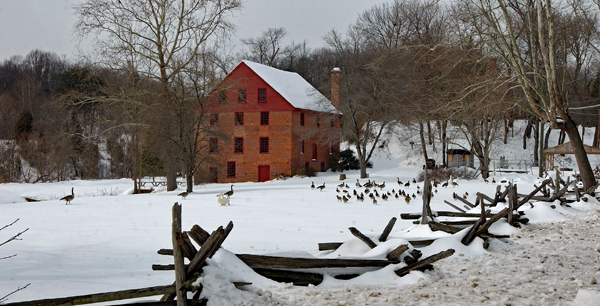 The path to the mill parallels the mill race that carries water to the mill. Standing on the bridge that crosses the race, visitors can see the path of the water as it flows from the upper side of the flume and tumbles over the water wheel. The water emerges from Colvin Run on the other side of Route 7 and flows through a tunnel beneath the road and into the park.
Burr stones line a hillside along the path near the mill. These premium grinding stones were imported from France and were a major investment for the miller. A good set of burr stones would last up to 100 years, sometimes outlasting the mill. These stones displayed at Colvin Run came from various sites.

The walls of the c. 1811 mill are a combination of original and replacement brick. When the Park Authority acquired the mill, the wall on the waterwheel side was made of wood. Archeological investigation found that the original wall was made of brick and had collapsed. A new brick wall was built to replicate the original. Putlog holes in the mill’s walls served as scaffolding supports during the original construction of the old mill and were recreated in the new wall as they occur in the other walls. 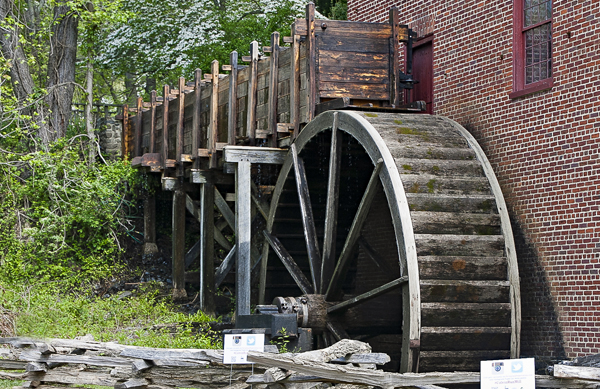 The overshot waterwheel was built of oak in 1970. It reproduces as faithfully as possible the original waterwheel that powered the machinery. The axle, made from a single white oak log, transmits power from the turning waterwheel into the mill. The greater face gear attached to the axle in the mill basement turns the wood gears that operate three sets of grinding stones, grain elevators and sifting machinery.
The nearby mill pond is home to ducks, geese and the occasional heron. At the farthest end of the pond, the mill race flows through a tunnel under Colvin Run Road and returns to Difficult Run. 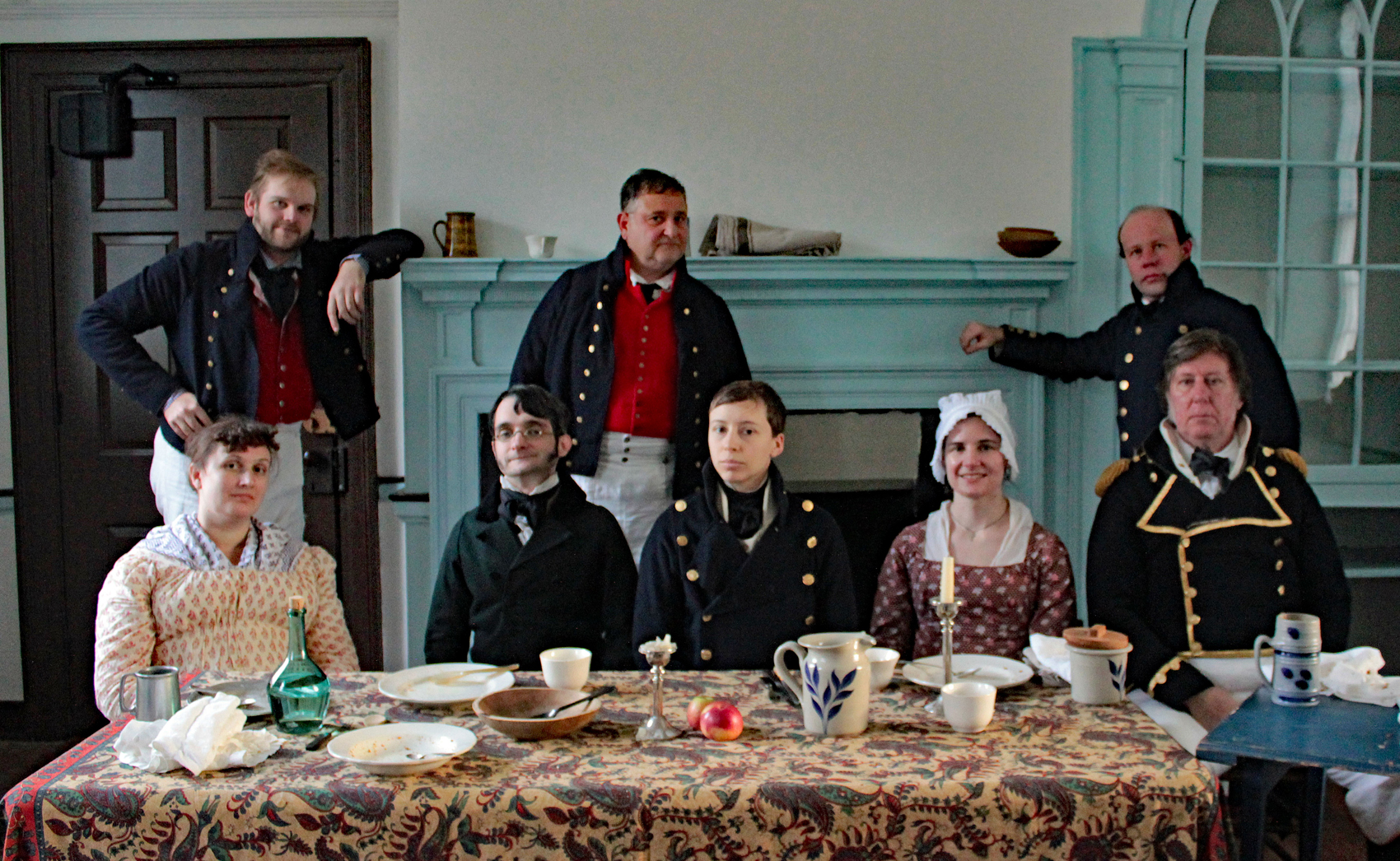